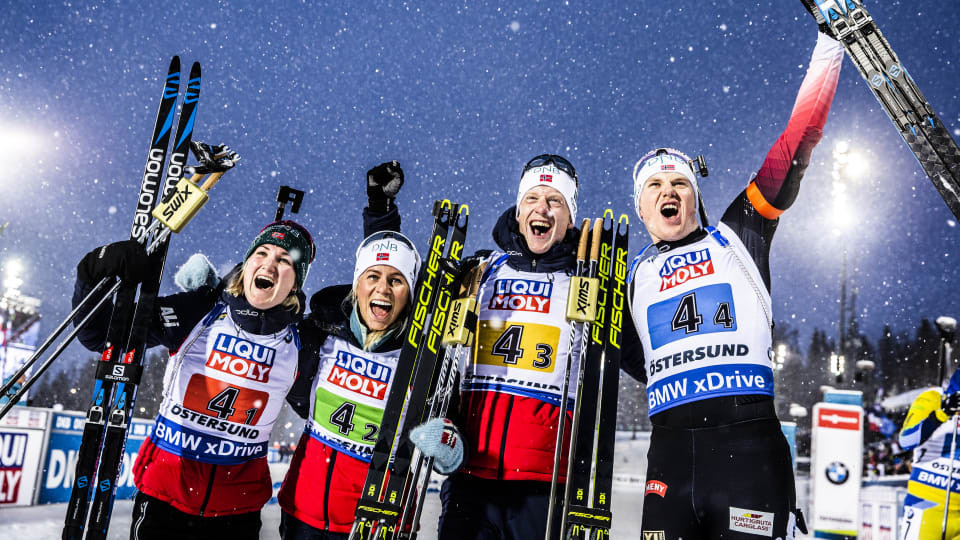 The International Biathlon Union (IBU) is in the process of organising its first event focused on gender equality, due to take place in Warsaw next weekend.

Poland's capital will host the IBU Gender Equality in Sports Leadership Seminar from May 24 to 26.

The IBU claims biathlon has long been at the forefront of sports where gender equality is reflected in the quality of performance, prize money and popularity.

The world governing body has now taken firm steps to systematically achieve a higher degree of gender equality beyond the sport and diversify biathlon’s leadership.

The seminar, of which the Polish Olympic Committee is an official honoured patron, will begin with a welcome speech from IBU President Olle Dahlin.

This will be followed by an update on the implementation of the International Olympic Committee (IOC) Gender Equality Review Project, presented by Irina Gladkikh, the IOC’s head of winter sports and International Federation relations.

The seminar is meant to be an evolving platform which will enable women in biathlon, with the ambition and the capacity to lead, to start developing mechanisms for achieving their career goals through a higher level of gender equality.

"Gender equality is one of the most important challenges we face," IBU Executive Board member Dagmara Gerasimuk, the host of the seminar, said.

"As a strong partner of the IOC, we have to implement recommendations from the Gender Equality Project, which was launched in September 2018.

"We have already fulfilled some, but still, there are some fields to improve in."

The IBU claims the interest of more than 40 registered participants from 34 countries and a very strong and versatile field of presenters, including scientists and female national federation Presidents, are positive signs of the importance and timeliness of the topic.

"The agenda also includes lectures from business leaders discussing the synergy between men and women in leadership and in the decision-making process, which will help us to develop ways to gender equality in biathlon," Gerasimuk added.

"Through projects based on an exchange of experience, we hope to inspire the next generation."

Two of the seminar's working sessions, staged as round-table discussions , will focus on governance.

The first one will look at the mechanisms organisations are using to achieve change in this particular area through the process of elections, committee appointments and law revisions.

The second will assess how the IBU can help fill the "leadership pipeline" by including leadership development workshops, candidate registries and co-mentoring programmes for senior female representatives of national federations.

National federations are being invited to take part in an online survey to help the gender equality project grow further.

They can do so by clicking here, while a similar survey for athletes can be accessed here.

Last week, Dahlin expressed his hopes to appoint a permanent IBU secretary general in the summer as he seeks to develop the organisation and drive through reform efforts.

Martin Kuchenmeister resigned as acting IBU secretary general in February, with the official criticising the poor working environment within the body.

Kuchenmeister had been appointed in an acting capacity after predecessor Nicole Resch resigned following the launch of a criminal corruption investigation focusing on her and former President Anders Besseberg.