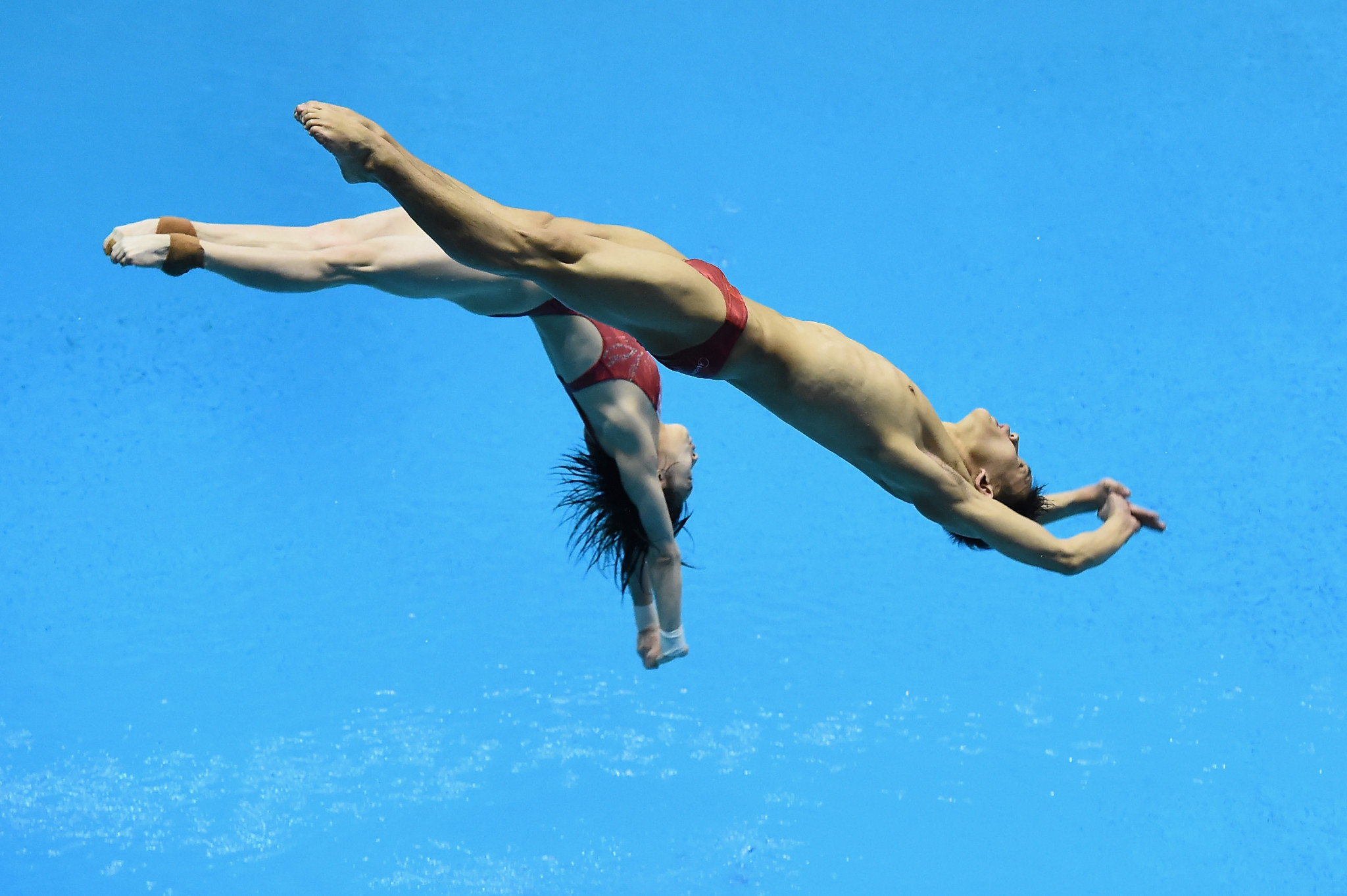 China made an ominous start to the latest International Swimming Federation Diving World Series event as they won three of the four gold medals on offer on the opening day in Kazan.

Yang Hao and Lian Junjie, who won gold medals in different events at the 2017 World Championships in Budapest, topped the podium in the men's 10 metres sychronised event.

The Chinese pair were too good for the rest of the field, scoring a total of 444.18 points at Kazan Aquatics Centre.

Russia's Aleksandr Bondar and Viktor Minibaev were second with 403.02, while bronze was claimed by Britain's Tom Daley and Matthew Lee.

Yuan Haoyan and Chen Yuxi were also in commanding form as they won the women's 10m synchronised competition on 338.70 points.

The evening session started with a splash…not much of one actually. Fantastic stuff in the Women’s 3m Synchro from Lin Shan and Chang Yani. Watch live on 💻 https://t.co/bEozhdW5qV. 🌍💦 #FINA #FINAtv #Diving #DWS19 pic.twitter.com/hIuV6VRqvL

Australia's Anabelle Smith and Maddison Keeney clinched silver on 283.98, while Viktoriya Kesar and Anna Pysmenska of Ukraine were the recipients of the bronze medals.