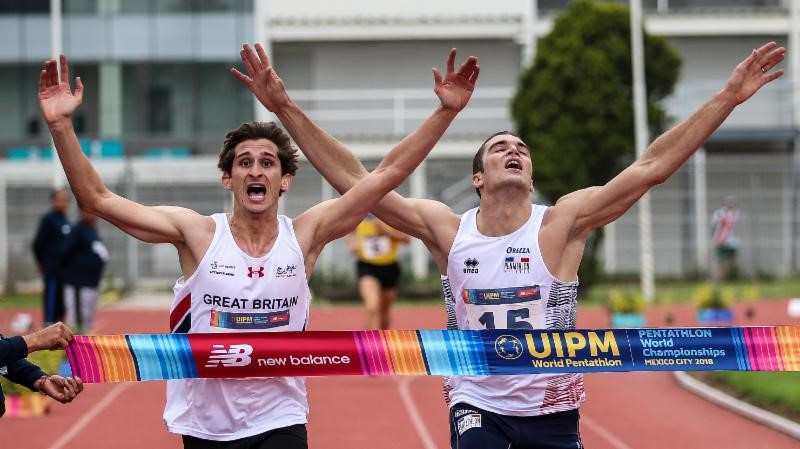 The Briton claimed a dramatic gold medal at last year’s World Championships in Mexico City when he outsprinted Valentin Prades of France in the closing straight.

He will hope to live up to his new status as world champion in the first of three UIPM World Cup events in Europe this season.

Cooke will expect to face competition from South Korea’s world number one Jun Woongtae and 2017 world champion Jung Jingwa in the Bulgarian city.

Egypt’s Ahmed Elgendy will hope to back up his maiden UIPM World Cup gold, which he earned as the season opening event in Cairo.

Elgendy has a burgeoning reputation having won the junior world titles and the men’s event at the Summer Youth Olympic Games in Buenos Aires.

Women’s world champion Anastasiya Prokopenko of Belarus will be among the starters in Sofia.

She could face competition from London 2012 Olympic champion Laura Asadauskaite of Lithuania and Poland’s Oktawia Nowacka.

Nowacka, the Rio 2016 bronze medallist, will be making her first appearance at a UIPM World Cup event since 2017.

"We are creating a tradition here in the capital of Bulgaria, where we enjoyed a successful UIPM Pentathlon World Cup in 2018, an excellent European Championships in 2016 and the 66th UIPM Congress in 2014," he said.

"Throughout this year we are going to see pentathlon at its best, as athletes from all countries plot their journey in Tokyo [2020] and aim to achieve peak performance.

"Points accrued by the athletes here will count towards qualification for the Pentathlon World Cup Final 2019, also in Tokyo, where there will be a chance to achieve the Olympic dream.

"Behind the scenes we will continue to develop and grow our sport through projects like the pentathlon stadium and the mixed relay, which we are targeting for inclusion in the Paris 2024 Olympic Games."

Competition is due to begin tomorrow with women’s qualification, while the men’s will take place the following day.

The women’s and men’s finals are scheduled to take take place on Friday and Saturday (April 12 and 13) respectively before the mixed relay brings the competition to a close on Sunday (April 14).