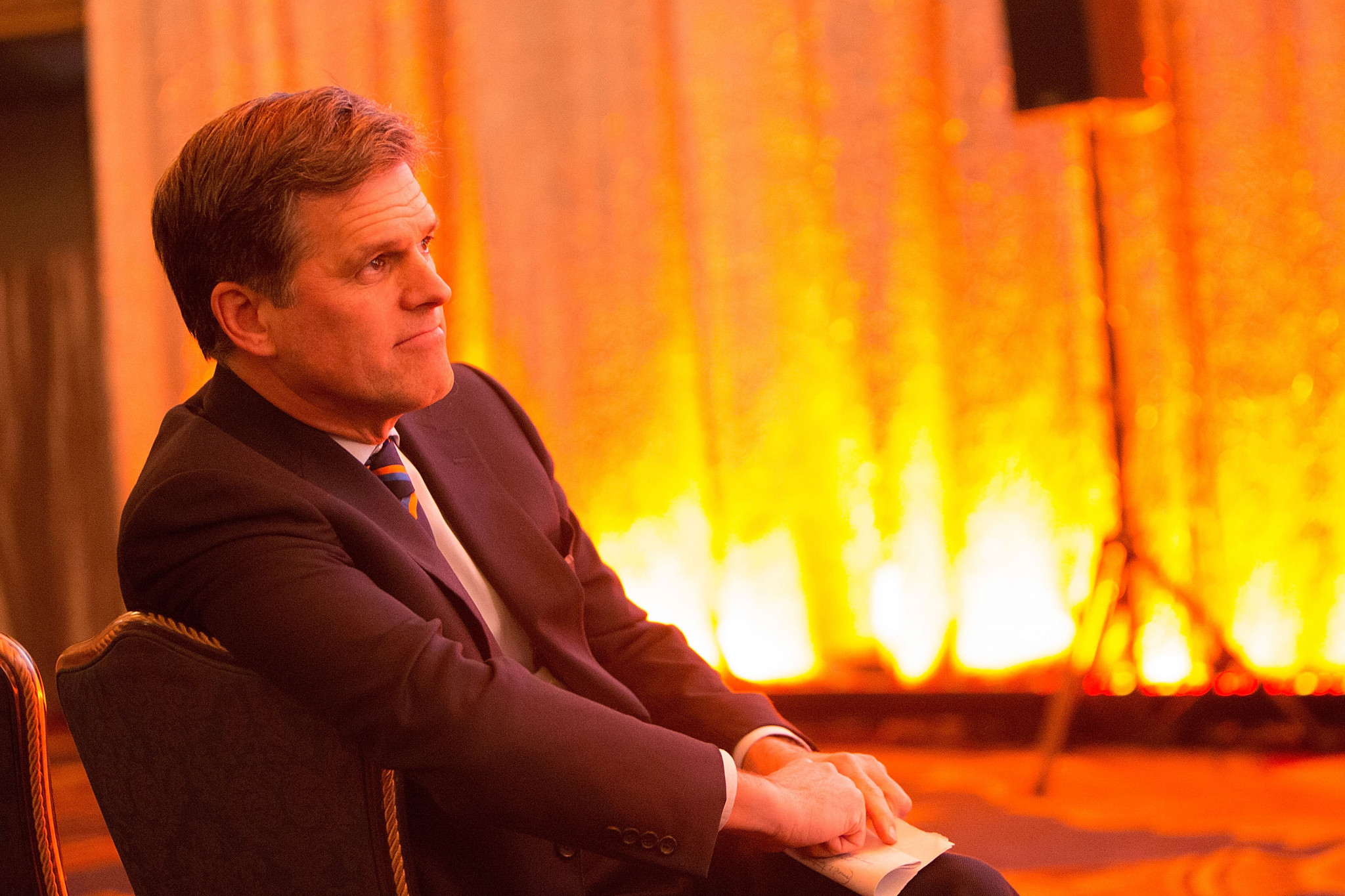 DeVos revealed earlier this week that nearly $18 million (£14 million/€16 million) could be diverted away from the organisation which provides sport for children and adults with intellectual disabilities.

The 61-year-old appeared in front of a Subcommittee to explain the proposed budget of the Department of Education for the next fiscal year.

Boston-born Shriver, the son of Eunice Kennedy Shriver, founder of Special Olympics, admitted the organisation is in complete disagreement with the Trump administration.

"The White House’s recently released 2020 draft budget proposes eliminating all funding for Special Olympics programming," he wrote in a statement.

"I want to explain to you exactly what that means.

"The programme gives students with and without intellectual disabilities (ID) the chance to play together on the same sports teams.

"Unified programmes are in 6,000 schools and reach over two million students and it changes the dynamics between all students by ending the age-old fear of difference and counteracting the ways students with ID have been marginalised and brutally excluded from schools.

"I believe it’s simple: If our Federal Government has a role to support the right to full inclusion as outlined in the Constitution, it should.

"Special Olympics is a nonpartisan organisation, and we believe integration and the human rights of people with ID is nonpartisan.

"We ask that our leaders, no matter their party, show their support for this mission."

The Subcommittee was led by the Democratic Party, which now controls the House of Representatives.

This means much of the budget will likely fail to pass and it could be changed significantly.

But DeVos said "difficult decisions" had to be made on the budget and argued the organisation could be backed by philanthropy.

She herself has donated a portion of her salary to the Special Olympics.

"I think the Special Olympics is an awesome organisation, one that is supported by the philanthropic sector as well," she said.

Shriver goes onto claim in his statement that many have asked what they can do to support Special Olympics.

"You can show up and cheer on athletes when they compete - or join a Unified team and help break down barriers that keep people with ID isolated from their peers," he added.

"You can support us with a donation, or you can become a monthly donor to help provide the consistent support we rely on.

"If you ask parents what they want their kids to learn at school, they might say reading or writing.

"I think every single one would agree that they want their kids to learn that everybody matters.