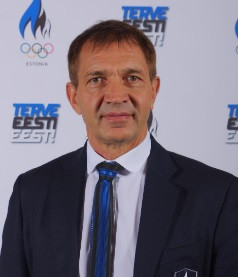 Estonian Olympic Committee (EOK) President Urmas Sõõrumaa is facing calls to step down following controversy over the support he gave to two officials from the country implicated in the doping scandal at the International Ski Federation (FIS) Nordic World Ski Championships last month.

According to reports, Sõõrumaa sparked a backlash after he defended the involvement of former head coach of the Estonian national Nordic skiing team Mati Alaver and double Olympic gold medallist Andrus Veerpalu.

Õhtuleht reported today that the EOK has decided to hold an urgent meeting with Sõõrumaa, elected President in April 2016, to discuss his future.

An EOK spokesperson denied this in a statement sent to insidethegames, insisting his position was not on the agenda at next month's Executive Board meeting.

In an opinion piece published by Estonian newspaper Postimees, Sõõrumaa claimed Alaver and Veerpalu should be forgiven for their involvement in the scandal, which erupted when police conducted raids at the World Championships in Seefeld in Austria and in Erfurt in Germany.

EOK Executive Board member Alaver confirmed that he had given skier Karel Tammjärv, one of two Estonian skiers arrested at the event in Seefeld, the contact details for German doctor Mark Schmidt, accused of being at the centre of an international blood doping ring.

Andrus Veerpalu, initially banned for doping by the FIS for three years before the Court of Arbitration for Sport acquitted him in March 2013 in a controversial case, is the father of the other Estonian arrested, Andreas Veerpalu.

In a statement published on March 5, the EOK revealed the two coaches would lose their licences and proposed removing Alaver from the Executive Board.

Sõõrumaa claimed at a press conference on the same day that the duo would lose their membership of the EOK owing to their implication in the scandal.

But the 58-year-old high-profile businessman, with interests in security and real estate, seemingly changed his stance in the editorial, published on Tuesday (March 19).

It has been claimed other members of the EOK were furious with Sõõrumaa for publicly calling for Alaver and Veerpalu to be treated with leniency.

"Mati Alaver and Andrus Veerpalu have given us unforgettable experiences," he wrote.

"We have not been taught how to behave politely and emphatically in the event of errors.

"In fact, we cannot judge and condemn people unless we have been in the same shoes.

"Yes, they made a mistake, or even several, but was our response better?

"Did it make us better or better people than them?

"So what choice do you make now?

"Whether you choose condemnation and punishment (let us remember that throughout history, this method has not really proven its effectiveness), or together we are deciding to thank you for everything - achievements, victories, and mistakes - to learn from the situation and move on to cleaner sports and society."

The spokesperson for the EOK claimed Sõõrumaa "did not mean in his editorial that involvement in doping should be forgiven".

"Instead, Mr. Sõõrumaa’s meaning in the editorial was more abstract – that any mistake should be appreciated as an opportunity to learn," the spokesperson told insidethegames.

"He remains fully in the position of zero tolerance to doping."

Prosecutors in Germany revealed earlier this week that at least 21 athletes are suspected of blood doping following the raids.