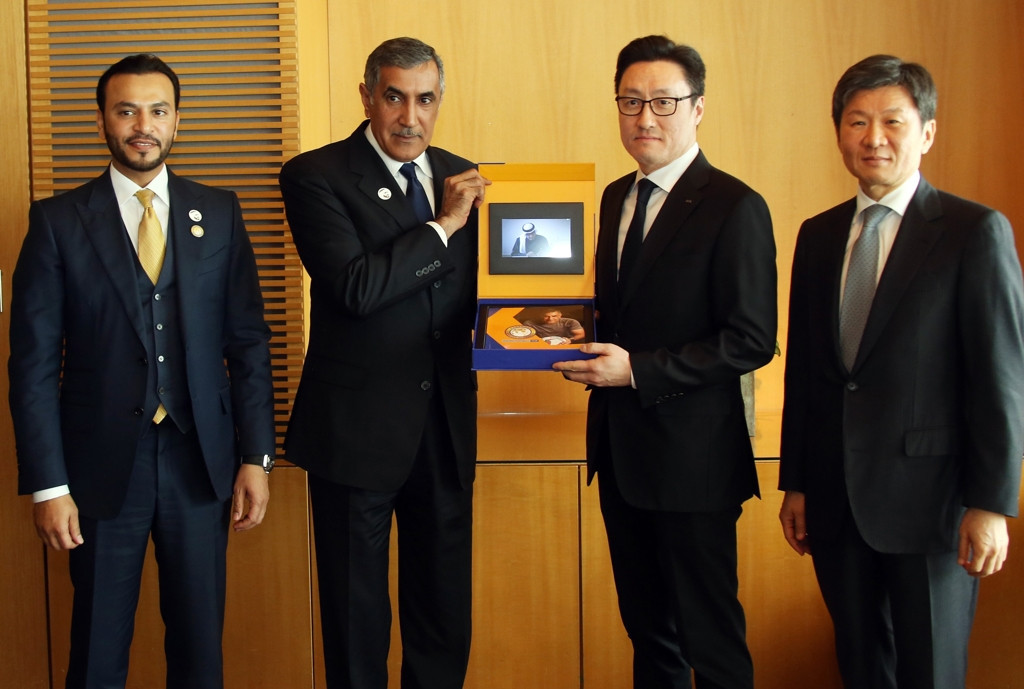 Mohammed Khalfan Al Romaithi has pledged to back a unified bid from North and South Korea to host the 2023 FIFA Women's World Cup if he is elected President of the Asian Football Confederation (AFC).

The former commander-in-chief of the Abu Dhabi police made his promise in Seoul as he continued a marathon tour around Asia in a bid to beat incumbent Sheikh Salman bin Ebrahim Al-Khalifa, from Bahrain, and Qatar's Saud Al-Muhannadi at the election during the AFC Congress in Kuala Lumpur on April 6.

"We can do that [in football].

"After I saw the President of South Korea [Moon Jae-in] shaking hands with the chairman of North Korea [Kim Jong-un], I think that things will happen.

"It's a good signal that we're going into a better era."

So far, the only time that the two Koreas competed as a unified team in official football events was at the 1991 FIFA World Youth Championship in Portugal.

But Al Romaithi plans to make it one of his priorities to help the peace process between the two countries.

"I will travel to [North Korea] and speak with them."

Al Romaithi said: "I will support every initiative.

"I will persuade the FIFA Council to give us a chance to host such a tournament."

"South Korea and Japan have hosted the 2002 World Cup, so they have legacies there, and China also has developed a lot of stadiums there.

"But decisions have to come from them."

The support of Chung, a member of the FIFA Council and President of the East Asian Football Federation, could be crucial if Al Romaith is to win the AFC election.

Al Romaith presented his manifesto to Chung and other members of the KFA after travelling there from Beijing where he held talks with  Du Zaochai, acting President of the Chinese Football Association.

He has promised a $320 million (£240 million/€285 million) "Fair Fund" for the development of football across Asia, money raised with the help of backing from the United Arab Emirates Government and new sponsors.

"I am very impressed, I respect what you have done for football and admire your manifesto," Chung said.

Al Romaith is next due to travel to Tokyo to present his plans.