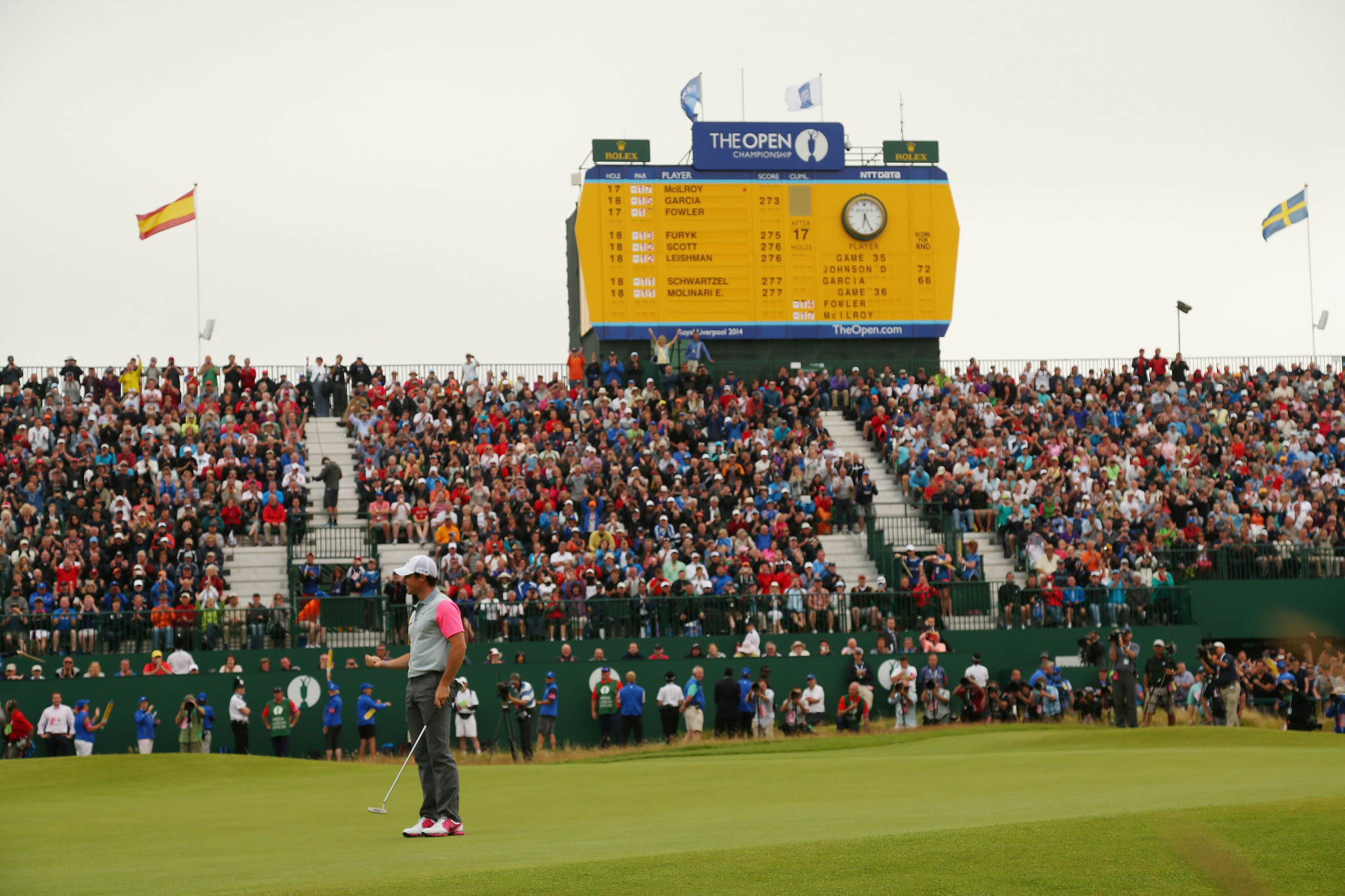 The 151st Open Championship will be played at Royal Liverpool from July 10 to 17 in 2022, the Royal and Ancient (R&A) has announced.

It will mark the 13th time that golf's original Major Championship - also known as the British Open - is played at the famous Hoylake links, and the first since Northern Ireland's Rory McIlroy lifted the Claret Jug there in 2014.

The current world number six and four-time Major winner sealed that title by two shots ahead of Rickie Fowler and Sergio Garcia to become only the third golfer from Northern Ireland to win the Championship.

Prior to that more than 230,000 fans turned out to watch US icon Tiger Woods lift the Claret Jug for the third time in his celebrated career when The Open was played at Hoylake in 2006.

That was a record attendance for a Championship held outside of St Andrews until the total was surpassed at Royal Birkdale in 2017.

Chief executive of the R&A, Martin Slumbers, said he thinks there will be "tremendous excitement" among fans at the prospect of a return to Royal Liverpool.

"Its famous links has a cherished history and has produced a revered group of champion golfers, including Tiger Woods and Rory McIlroy most recently," he said.

"It will be fascinating to see who will emerge from the world class field to lift the Claret Jug in 2022."

The captain of Royal Liverpool Sir Ian Gilmore added the club is "thrilled" to be hosting The Open again.

"Support for world class sport in Merseyside and the north west is intense and passionate," he said.

"Fans will turn out in force expecting another great winner to join the pantheon of great champion golfers who have won at Hoylake - Tiger Woods and Rory McIlroy being the last two - a testament to the quality of our course that always seems to find the world's best golfer.

Adding his thoughts, the Metro Mayor of the Liverpool city region Steve Rotheram added that it is "great news" that The Open is returning to Liverpool.

"The Championship will undoubtedly provide a massive economic boost to the whole of the city region economy and will put the Wirral, one of the gems in our crown, in the global spotlight," he said.

"We look forward to welcoming the golf fans from around the world who will flock to Hoylake in their tens of thousands, providing a tremendous opportunity to highlight what our city region has to offer."

This year the Championships will be held at Royal Portrush in Northern Ireland's County Antrim.

The club has not hosted The Open since 1951.