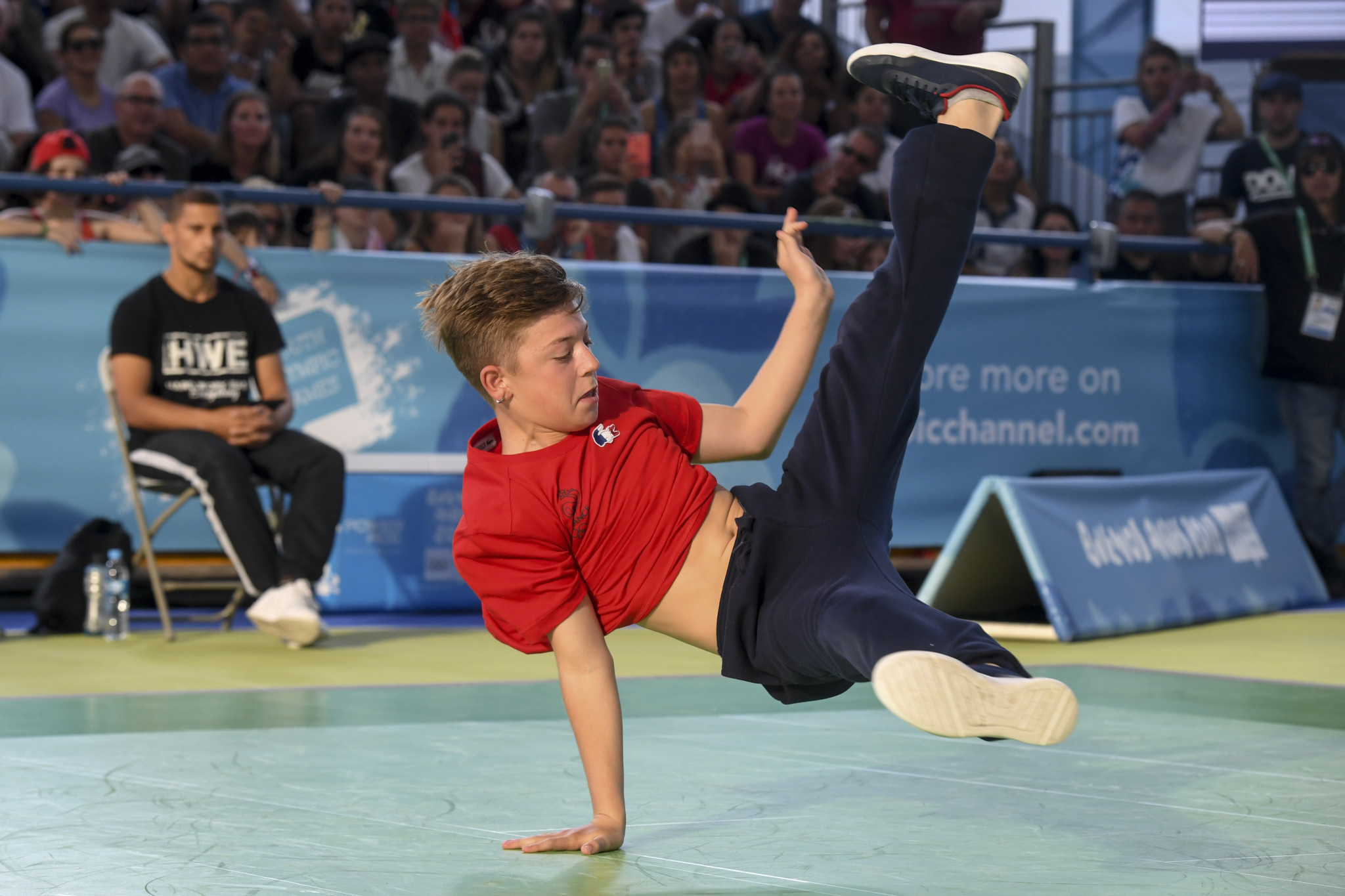 Breakdancing, sport climbing, skateboarding and surfing have been put forward for inclusion as additional sports on the programme for the 2024 Olympic Games in Paris, it was announced today.

The four sports are all set to feature at the Games in the French capital pending final approval from the International Olympic Committee (IOC).

Breakdancing is in line to make its debut at the Summer Olympic Games, while sport climbing, skateboarding and surfing were all added as additional sports for Tokyo 2020.

The IOC Programme Commission will discuss the proposal before it is due to be put to the Executive Board at its next meeting from March 26 to 28.

Today's announcement from Paris 2024 deals a blow to sports such as baseball softball and karate - the other two extra sports on the Tokyo 2020 programme - and squash, snooker and chess, all of whom launched public campaigns in a bid to secure a place at the Games.

Paris 2024 officials said a total of 248 athletes would compete in the four sports proposed by organisers.

This number would have to come under the 10,500 limit outlined by the IOC.

This marks a change from Tokyo, where the 474 new athletes in the five new sports were incorporated separately from the 10,616 total for the full 28 core sports which had already been improved.

Paris 2024 has proposed a men's and women's breakdancing event at the Games, with 16 competitors in each.

Skateboarding would have four events and a total of 96 athletes split equally between men and women.

The same amount of events has been put forward for sport climbing, which would include 36 women and 36 men.

A men's and women's surfing competition have been proposed, with 24 athletes set to compete in each event.

Breakdancing competitions at Paris 2024 would involve head to head "battles" in a similar format used when the sport featured at last year's Summer Youth Olympic Games in Buenos Aires.

Its success at Buenos Aires 2018 is thought to have been one of the main reasons behind its inclusion at Paris 2024.

Paris 2024 claimed breakdancing was an "obvious choice" for inclusion given France has the second-highest number of participants in the discipline behind the United States.

It comes despite a dispute over who owns the sport coming to the surface since breakdancing emerged as a serious contender for a place at Paris 2024.

The World Dance Sport Federation (WDSF) were responsible for overseeing the sport’s inclusion at Buenos Aires 2018 and were also behind the campaign for a berth on the Paris 2024 programme.

The row is similar to the protracted feud over skateboarding prior to its inclusion on the Tokyo 2020 programme.

"It is an incredible honour and privilege that, for the first time, a dance discipline is being considered for inclusion in the Olympic Games," WDSF President Shawn Tay said.

"It is a humbling experience for all members and supporters of dance sport."

"We are excited and humbled that Paris 2024 has included Surfing on its list of proposed sports for the 2024 Olympic Games," he added.

"This announcement takes us one step closer towards our goal of long-term Olympic inclusion."

World Skate President Sabatino Aracu claimed the organisation was hopeful skateboarding would be put forward but stressed the final decision rested with the IOC.

"No need to say that we really hoped to celebrate this first accomplishment in the road to Paris, as we are putting all our energies to guarantee a success for the skateboarding in the Olympics already since its debut in Tokyo 2020," he said.

International Federations representing sports snubbed for inclusion by Paris 2024 have unsurprisingly reacted with disappointment following confirmation they will not be part of the Games in the French capital.

In a joint statement, the World Squash Federation and the Professional Squash Association claimed the proposed list of four sports "leads to a belief that Paris 2024 and the IOC favoured sports already in the Olympic programme, leaving practically no opportunity for other sports".

The two bodies added they were "greatly disappointed" by the decision but insisted the sport could "seamlessly integrate into the Olympic programme with minimal costs and an optimised pool of participants".

Paris 2024 is the fourth consecutive Olympics where squash has unsuccessfully campaigned for a place on the programme.

The World Karate Federation (WKF) admitted it was "deeply saddened" at missing out on inclusion at Paris 2024.

"Our sport has grown exponentially over the last years, and we still haven’t had the chance to prove our value as an Olympic sport since we will be making our debut as an Olympic discipline in Tokyo 2020," said WKF President Antonio Espinós.