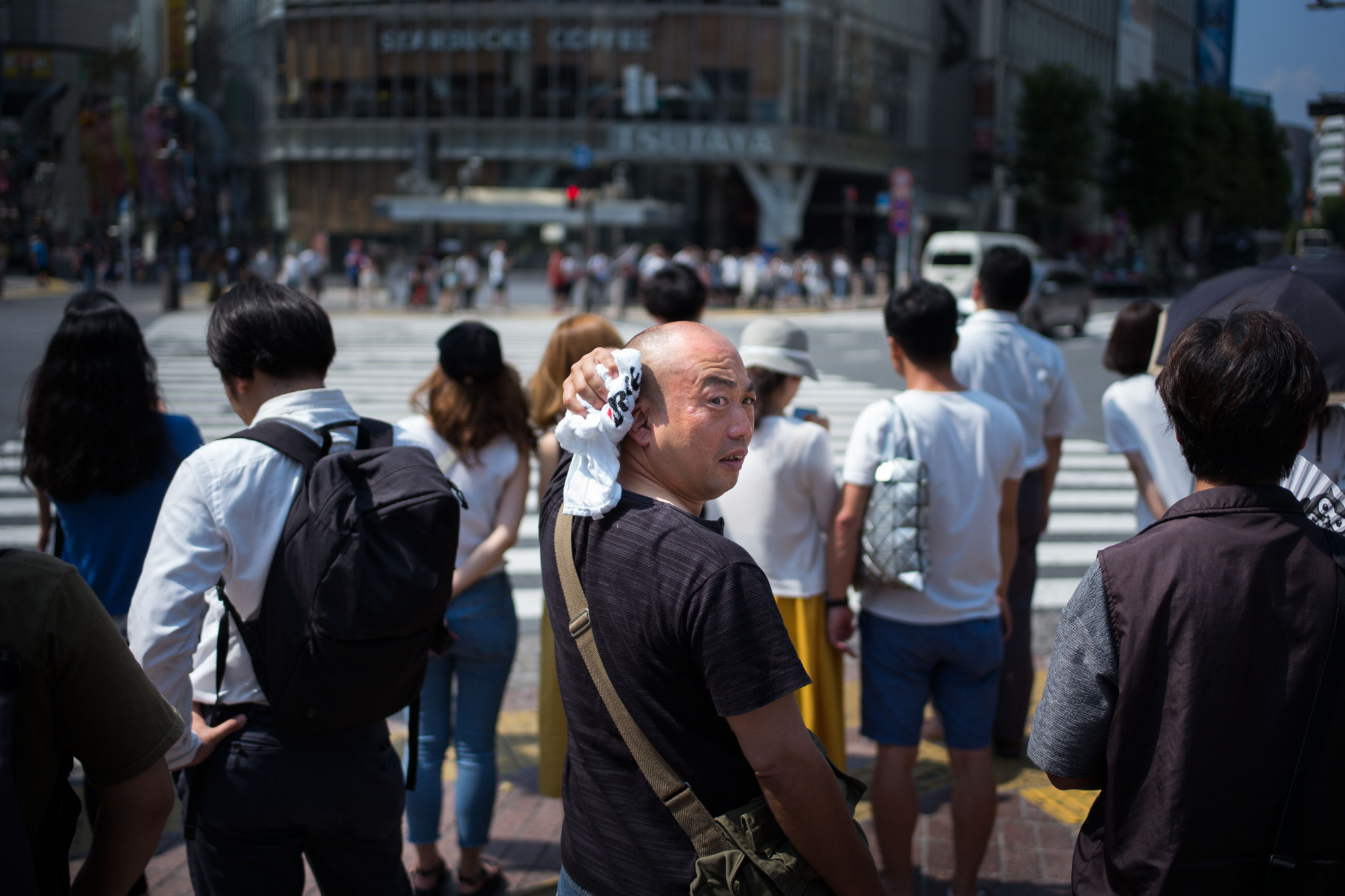 A special weather centre to protect athletes and spectators from extreme heat and typhoons during next year's Olympic and Paralympic Games is to be established by Tokyo 2020, it was announced today.

Japanese officials have reached an agreement with a private weather forecast company and plan to begin implementing full-scale countermeasures in collaboration with both the private and public sectors, including the Japan Meteorological Agency, Japan's Kyodo News reported.

Fears over the weather were among the main topics raised during a working meeting between Tokyo 2020 and representatives from the International Olympic Committee (IOC) in the Japanese capital.

Concerns over heat rose last summer when Japan suffered a record heatwave with temperature reaching 41.1 degrees Celsius, which saw at least 96 people died of heatstroke across Tokyo's 23 wards in July.

Tokyo 2020 President Yoshirō Mori has warned that the heat risk is "one of the most important issues" organisers are facing during the Olympics due to take place between July 24 and August 9 and Paralympic Games scheduled for August 25 until September 6.

During Tokyo 2020, the weather center will analyse climate data in areas with competition venues, and send information to spectators via mobile phone apps and other channels on matters such as heat stroke prevention and forecasts of extreme weather.

It is expected the information will also be provided to athletes through their National Olympic Committees.

A member of the Japan Meteorological Agency has already joined Tokyo 2020 to help their planning in the event of severe weather.

Several other countermeasures have already been proposed in anticipation of extreme weather with 18 months to go before Tokyo hosts the Olympics for the first time since 1964.

Earlier start times for marathon and race walk events in athletics, mountain bike in cycling and sessions in rugby sevens are also being considered.

Morning rugby sessions had been brought forwards by an hour-and-a-half.

This will see sessions begin at 9am and conclude at midday.

Mountain bike races have been pushed back one hour, with both the men’s and women’s race now set to start at 3pm, rather than 2pm.

A proposal to change the marathon and race walk start times are being considered, with proposals now with the International Association of Athletics Federations for approval.

A start time of between 5.30am and 6.00am was recommended for the marathons by an expert working group set up by the IOC.

The start time approved by the IOC in July was 7.00am.

Other anti-heat measures, including more medical resources, non-heat-reflecting paving, water sprayers and more shaded areas for spectators, are also expected to be introduced.

It was also revealed yesterday that Tokyo 2020 have reduced the maximum crowd size for sailing events to make an evacuation easier in case of a tsunami.

They had originally planned to allow 5,000 spectators to watch the sailing events, taking place off Enoshima island.

They have now lowered this to 3,300 spectators, however, following discussions with local authorities over tsunami evacuation measures.