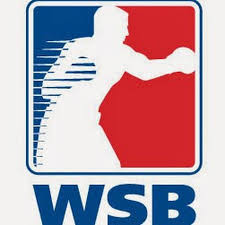 The World Series of Boxing (WSB) has announced a significant change to its format in a bid to improve its financial stability.

In a statement the WSB - organised by the crisis-hit International Boxing Association (AIBA) - said the current format "presented no possibility of turning a profit".

It will now split into two separate events for the new season - a "light" franchise and a "heavy" franchise.

Explaining the decision, the WSB said this should make franchise ownership more affordable and allow more National Federations the chance to compete for the title of team world champion.

"As most of you are aware, AIBA recently faced some significant financial issues which effected its ability to properly manage its programmes, including WSB," a letter from AIBA chief executive Tom Virgets, seen by insidethegames, said.

"Over the past decade, WSB incurred significant financial losses and the previous structure presented no possibility of turning a profit.

"In order to reverse this trend, AIBA had to restructure the WSB programme and find investment partners that could more properly manage the commercial operations of the WSB while AIBA continued to govern all sport aspects.

"We believe that we are close to achieving the necessary elements of our restructuring which in the future will allow us to move forwards with a more profitable and sustainable WSB programme."

Under the new format team world champions will be crowned for both the light and heavyweight franchises.

The team with the best combined ranking from both will receive an overall WSB team world champion award.

Sixteen will be allocated to the two athletes in each weight class who finish either first or second in the rankings at the end of the season, it is hoped.

However, the IOC have suspended the organisation of the Olympic boxing tournament in Japan due to their deep concerns over AIBA's governance.

Chief among their stumbling blocks is the permanent election of Gafur Rakhimov as AIBA President in November, despite him being described as "one of Uzbekistan's leading criminals" by the United States Treasury Department.

Rakhimov has denied any wrongdoing but the IOC have said there is "uncertainty" about his role as President.

Other problems are AIBA being reportedly unable to maintain or open a bank account in Switzerland, as revealed by insidethegames, as well as concerns over anti-doping and the integrity of judging.

The IOC has formed an Inquiry Committee to probe boxing's Olympic future.

It remains possible that a tournament could take place at Tokyo 2020 without AIBA's involvement.

Rakhimov claimed that AIBA were on the brink of bankruptcy when he first took over as Interim President in January.

He succeeded C K Wu, who stepped down as head of AIBA last December following allegations of mismanagement.

The current WSB format involves teams from all over the world, who field fighters in various weight divisions in best-of-five matches.