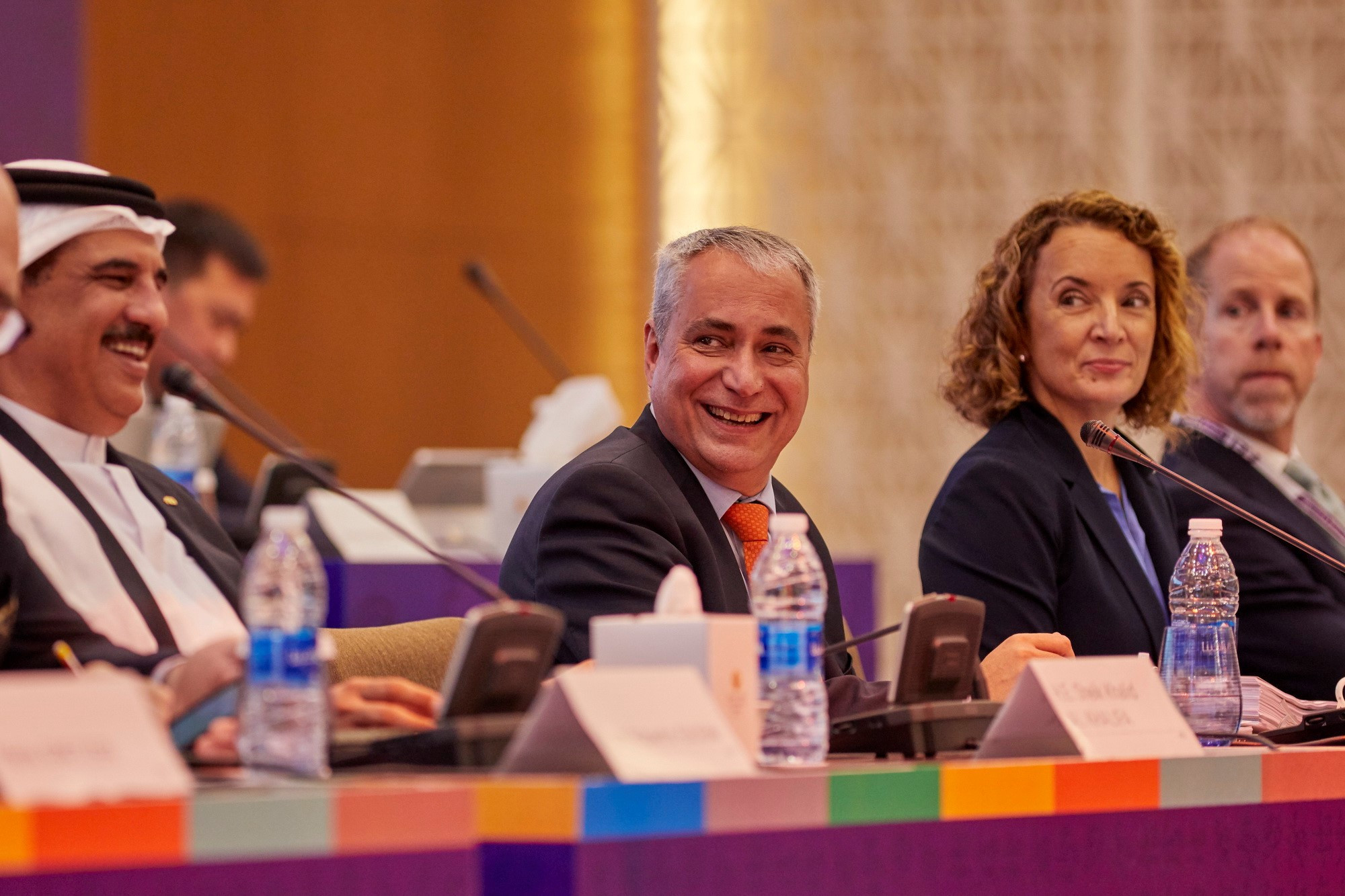 It is the first time since 2002 that there has been an uncontested election for the top role.

De Vos is the 13th FEI President since the body was founded in 1921, and only the fourth to become an International Olympic Committee (IOC) member.

"I believe in our sport, in our community and in our potential," he said in a powerful acceptance speech after an extended standing ovation from the delegates.

"These are exciting times for equestrian.

"We are growing, our fan base is diversifying and we have seven amazing and unique disciplines to promote - the sky really is the limit.

"Together - and this is the key word - we can and we will continue to develop our sport and to attract new athletes, new fans and new sponsors.

"And we will do this by ensuring great sport, cutting-edge formats and great products globally to showcase the unique attributes of our disciplines and our sport.

"One of my biggest priorities is to keep our community together and ensure we stand united, because this is how we can continue to drive the sport to new heights.

"We are all on this journey together.

"It is not the mission of one man but of a community and I am grateful to everyone in this room for all that we have achieved and all that we will go on to achieve."

Congratulations to Ingmar De Vos who has been unanimously re-elected as FEI President for another 4 years at the FEI General Assembly in Bahrain. pic.twitter.com/E8eZaAxqTn

De Vos thanked his predecessor Princess Haya al Hussein for her "visionary leadership" and his mentor, the late Jacky Buchmann, the former President of the Belgian Equestrian Federation.

Under his leadership, the FEI claims to have seen greater youth engagement and universality, continued improvements in its own governance and in its member federations, and a major evolution in its broadcast and digital media strategy.

In his Presidential Programme for 2018 to 2022, entitled "A Roadmap for the Future", De Vos has pledged to continue working within the five pillars on which he structured his first term, each with their own set of key commitments.

The five pillars are "Serving our Community"; "Sport: Our Core Business"; "Equestrian Sport in the Olympics"; "Solidarity: The Engine of Development"; and "Horses as our Partners".

Under the FEI's constitution, a President can serve up to three four-year terms.

De Vos was first elected in 2014 at the FEI General Assembly in Baku in Azerbaijan.

It came after three years serving as the FEI's secretary general.

De Vos, who was elected as an IOC member in September 2017, is currently a member of the Association of Summer Olympic International Federations Governance Task Force.

He is also a member of the IOC's Legal Affairs and Digital and Technology Commissions, and is on the Board of the Belgian Olympic and Interfederal Committee.

Earlier this month, De Vos was appointed to the Global Association of International Sports Federations (GAISF) Council and as the GAISF representative on the 12-member World Anti-Doping Agency (WADA) Executive Committee, replacing the late Patrick Baumann in both roles.

It remains possible he could also become a member of the 38-person WADA Foundation Board but GAISF has not yet confirmed who will be its representative on the body.