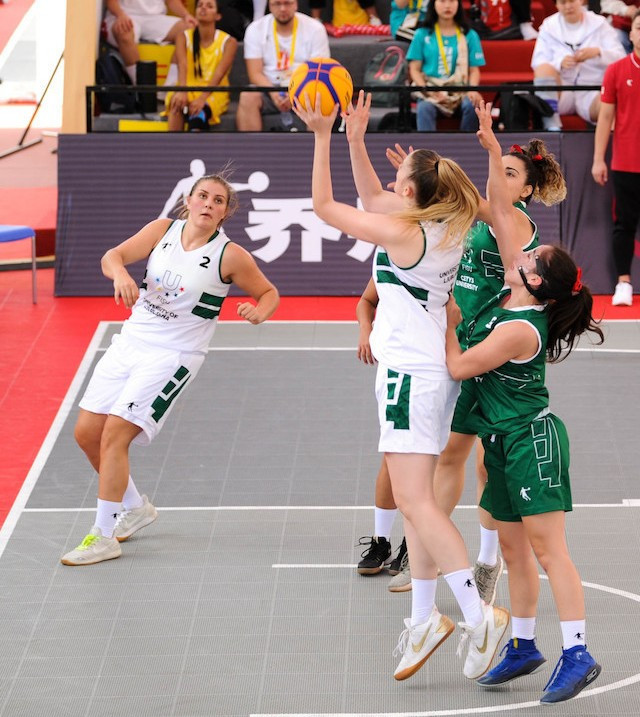 The team from Mon-Altius Physical Education Institute of Mongolia started the defence of their title with a win, but lost to the Goettingen newcomers.

The defending champions won 17-15 over the Centre of University Studies team from Mexico before losing 21-16 to the Germans.

The Mongolian team made up of four Youth Olympians held a four point lead, 7-3, in the first few minutes.

With three minutes to go, the Goettingen team tied the scores at 15-15 and kept fighting for the victory.

The 2016 champions also registered two wins on the first day of competition.

The McGill University team from Canada scored a 21-12 victory over Istanbul Arel University and a 21-15 win against the Vytautas Magnus University of Lithuania.

In the women’s tournament, the University of Ljubljana took two victories in the first matches of the group stages.

As coach, manager and captain of the team Sara Meden inspired her team to a 24-14 win over CETYS University of Mexico and a 19-13 victory against Tianjin University of Finance and Economics from China.

The reigning women’s champions, from the Chinese Culture University of Taipei, only played one match in Pool C today but doubled the score of their Australian opponents from the Monash University to register a 14-7 win.

Group matches are scheduled to continue in China tomorrow.