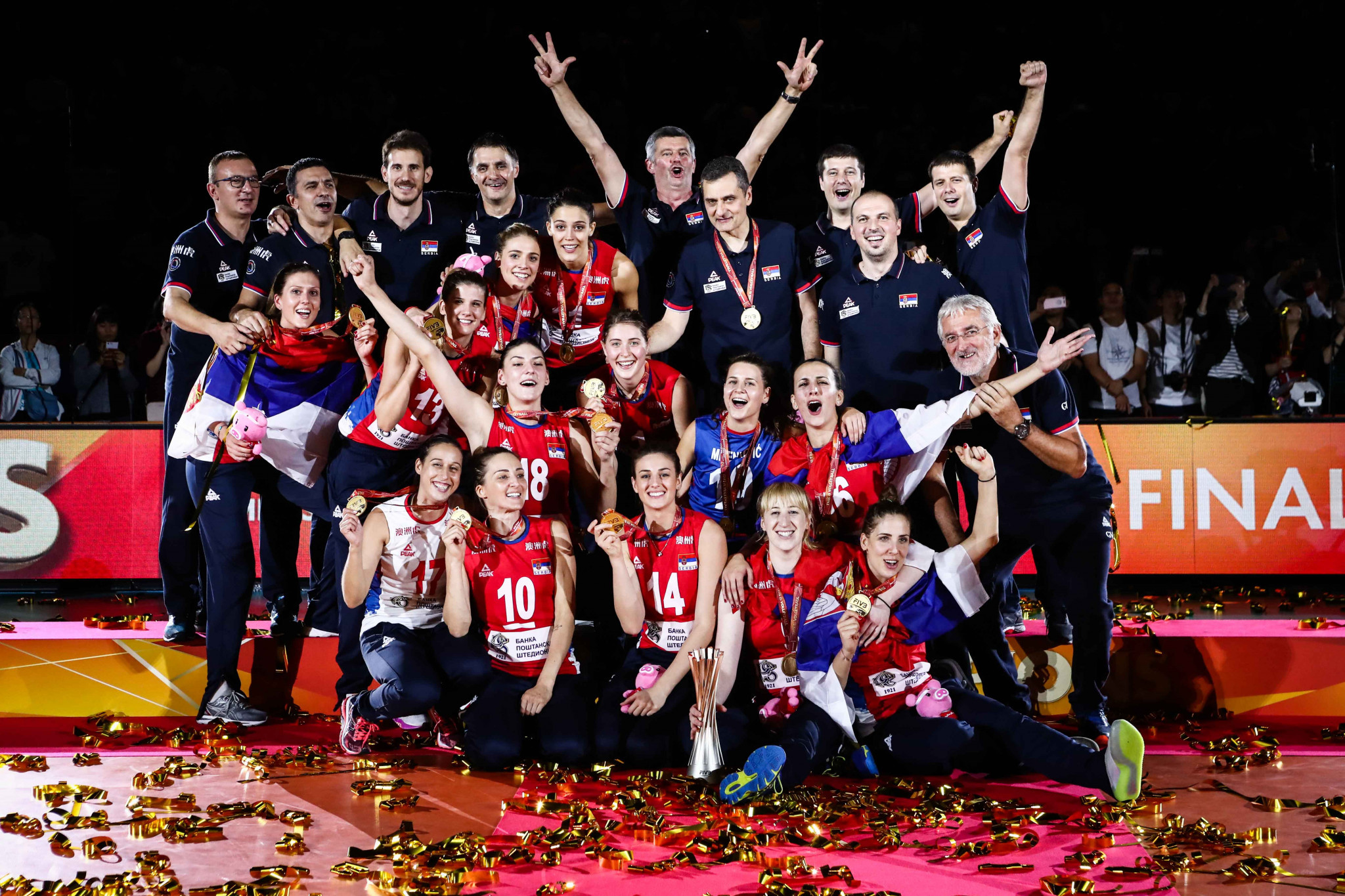 Serbia beat Italy to win the International Volleyball Federation Women's Volleyball World Championships for the first time in their history.

The World Championship win followed on from a silver medal at the Rio 2016 Olympic Games.

Serbian player Tijana Boskovic was named the Most Valuable Player of the competition, having scored 26 points in the final.

"It was a long road but we made it to historical success," she said.

It's their moment atop of the world for the first time! Serbia 🇷🇸 @ossrb collects their first ever #FIVBWomensWCH gold medal 🥇! They can keep celebrating like this 👇

"I am very proud of everybody.

"I am happy and honored to be named MVP of the World Championship, I could not have made it without the help of the team, staff and coaches.

"This award will give me big motivation for the future.

"We played as a team and supported each other in difficult moments."

In the bronze medal match, China ended the possibility of an all-European podium when they beat The Netherlands in three sets.

With the final score at 25-22, 25-19, 25-14, China, the reigning Olympic champions, won their first bronze at the competition, having already won three golds and two silvers previously.