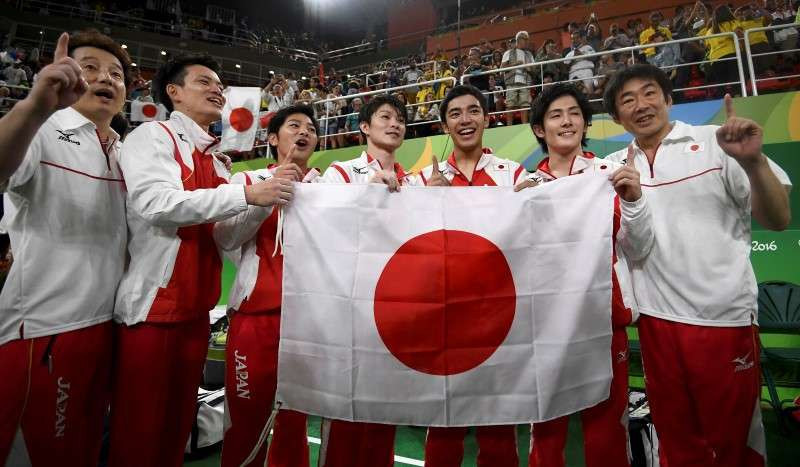 Senior JOC Executive Board member Yasuhiro Yamashita made the statement in a press conference this morning, which also discussed how the Asian Games will help Japan prepare for the Olympic and Paralympic Games in two years’ time.

When asked what Japan’s medal target was for the Asian Games, due to start with the Opening Ceremony later tody, Yamashita declined to say, but did state their aims for the Olympics in 2020.

"The Olympic Games target is 30 gold medals, third place in the gold medal ranking," Yamashita, one of the most successful judo competitors in history, whose honours included winning the Olympic gold medal in the open division at Los Angeles 1984, said.

Discussing where they hope the medals will come from, Yamashita added Japan has a "tradition" of good performances in judo, gymnastics, wrestling and swimming.

Attention was also drawn to other sports, however, including badminton, table tennis, fencing, sailing and weightlifting.

"In those sports we have very good assets," he said.

"We have more advantage if the tournament [the Olympics] is being held in Japan."

At Rio 2016, Japan finished sixth in the medals table with 12 golds, as well as eight silvers and 21 bronze medals for a total of 41.

The most gold medals came from wrestling, which provided four.

Another three came from judo, gymnastics and swimming each provided two, while one was won in badminton.

The  total of 41 medals was a record for Japan, but the country to win 30 in two years there will still need to be a significant jump in performance.

The addition of new sports to the Olympic programme, including baseball and softball, will provide additional opportunities for more medals.

Japan's best performance at an Olympic Games was at Athens 2004 when they won 16 gold medals in an overall total of 37.

That number of gold medals matched their performance at the 1964 Olympics - the last time Tokyo hosted the Games - when they finished third overall with 16 gold medals in an overall total of 29.

Yamashita claimed the focus at the Asian Games was more on performing well and learning lessons for Tokyo 2020, than winning medals.

"For the tournament we can win and we can lose, but it is not about winning or losing," he said.

Yamashita did stress, though, that high quality performances were still important.

"I expect the most high performance, and that means [the] Asian Games is very important for us," he said.

"If Japan can perform very well here, that means we can prepare very well for Tokyo 2020.

"We are looking forward to the athletes having very good performance with high quality.

"In that sense, for those who compete here in Jakarta in the Olympic sports, they have to perform very well."

Japan's best performance at the Asian Games was at Bangkok in 1966 when they won 78 gold medals in a total of 164.

Japan topped the overall medals table at every Asian Games from the event's debut at New Delhi in 1951 until Tehran in 1982.

Their domination was ended by the return of China at New Delhi in 1982.

Japan have finished third overall in the last five Asian Games, including Incheon four years ago when they won a total of 200 medals, 47 of them gold.