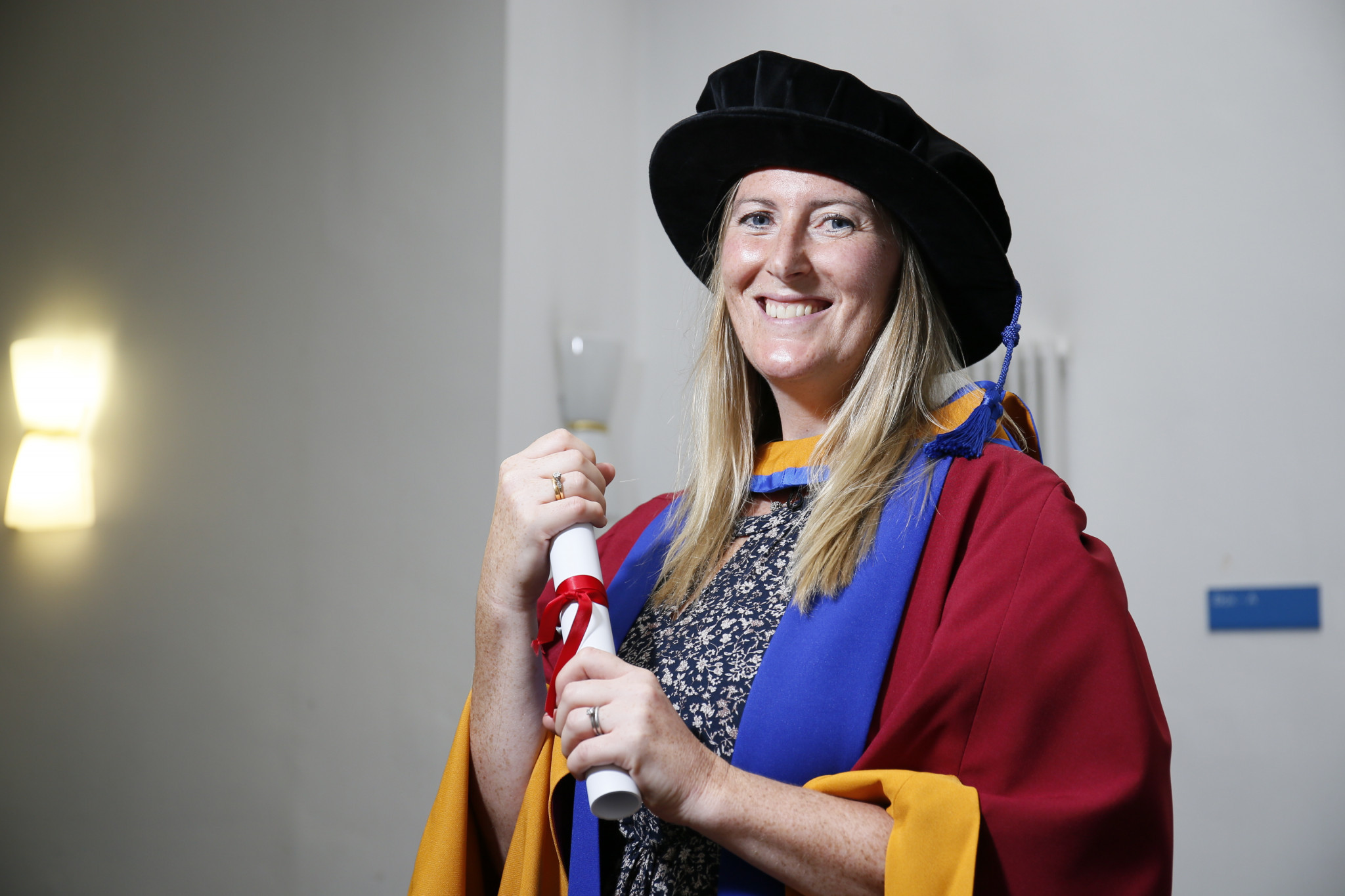 Para-athlete Victoria Aggar, the chair of the British Athletes' Commission and a double world rowing champion, has been given an honorary degree by her former university Leeds Beckett.

Agar, who graduated from the university in 2001 with an honours degree in physical education, was given a doctorate in sport science.

"I am honoured to return to Leeds Beckett University to receive an honorary doctorate in sport science," she said.

"Leeds Beckett will always hold a special place in my heart.

"It was the place in which my career in sport started and the skills and experience I obtained during my time there have stood me in great stead over the years.

Excited for my new role as chair of @TheBAC. Committed to ensuring a robust, responsive and world leading BAC for our members #dutyofcare

"I am passionate about giving something back to the place that contributed to the development of me as a person and look forward to developing a longer-term relationship with the university."

Aggar, who is now retired, was a sprinter in athletics before switching her attention to rowing.

In a successful six year stint she won world titles in 2006 and 2009 and was part of the bronze medal winning mixed coxed four team at the Beijing 2008 Paralympics.

Aggar is now a non-executive director at the English Institute of Sport and is on the World Anti-Doping Agency Athlete Committee, as well as being the chair of the British Athletes' Commission.