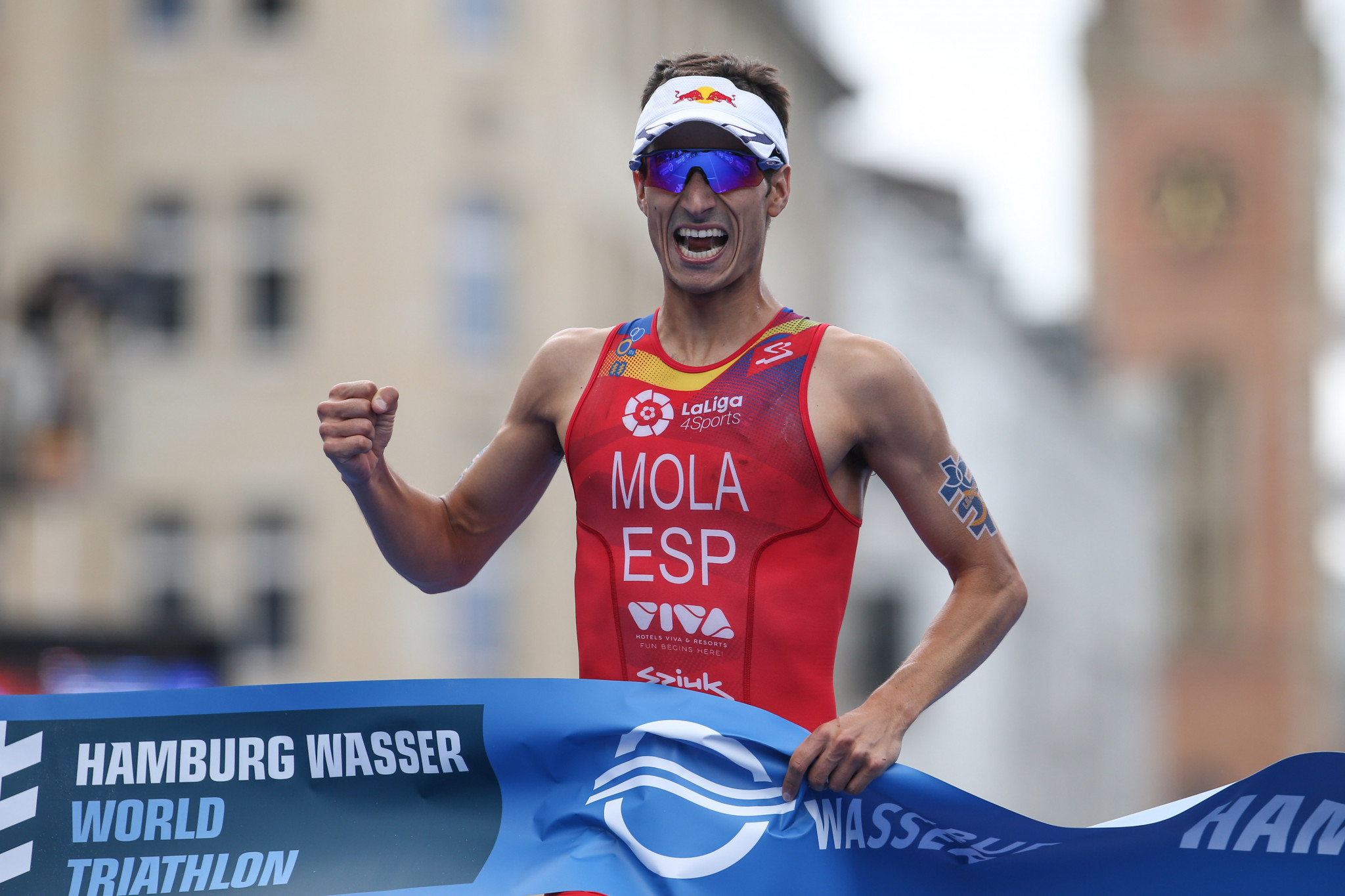 Mario Mola will be looking to continue his fine World Triathlon Series form when the circuit reaches Edmonton tomorrow.

The Spaniard won the last leg in Hamburg - his third consecutive victory in the German city - to add to his win already this term in Yokohama.

His tally of 4,641 points at the top of the overall rankings - compared with second placed Frenchman Vincent Luis on 3,133 - means he cannot be overhauled at the summit whatever happens in the Canadian city.

But he will be aiming to put further distance between himself and his rivals with only the Montreal leg and the season-ending finals in Gold Coast left to come.

As well as Luis, South Africa's third ranked Richard Murray will also be looking to challenge Mola, the two-time and reigning world champion.

Elite action will take place in the early evening tomorrow for the first time as organisers look for a "new dynamic".

Athletes will tackle a 750 metre swim, a 21 kilometre bike ride and a 5km run.

In the women's event, American Katie Zaferes is hoping to defend her lead at the top of the standings.

She has twice finished in third place in Edmonton, earning bronze medals in 2016 and 2017.

Dutchwoman Rachel Klamer and Vicky Holland of Britain, second and third in the standings respectively, are among those who will be hoping to keep the pressure on.

Bermuda's reigning world champion Flora Duffy, who returned from injury in Hamburg, does not make the startlist.

As well as the elite action, tomorrow will also see Paratriathlon races.

A mixed relay will conclude the competition on Saturday (July 28).