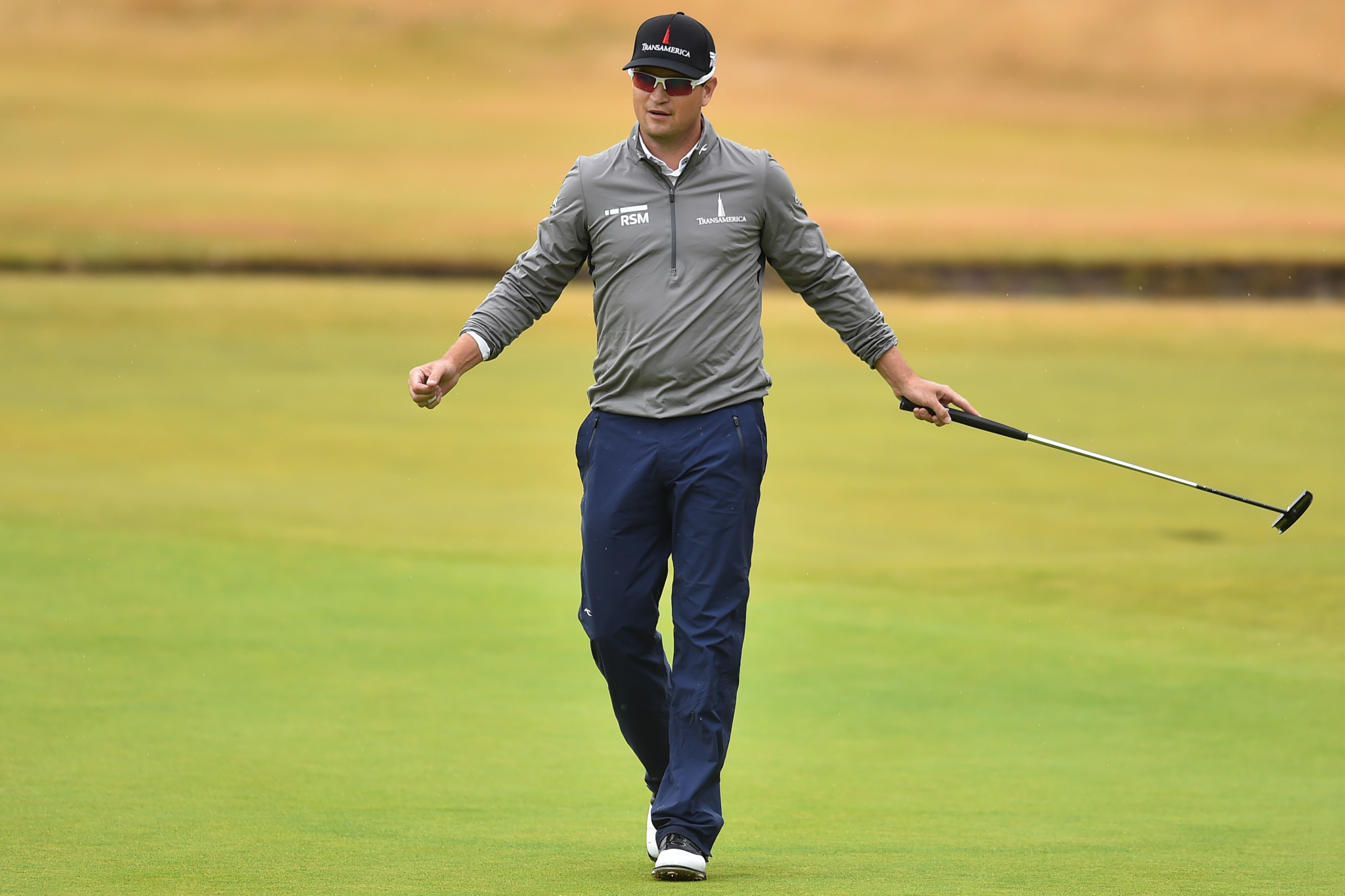 Zach Johnson and fellow American Kevin Kisner share The Open lead going into the weekend at Carnoustie in Scotland.

Both players find themselves on six-under-par after two rounds with Johnson shooting a four-under 67 today and Kisner, the overnight leader, managing a one-under 70.

Despite Johnson bogeying the first hole, it proved to be his only dropped shot of the day as he earned the early clubhouse lead.

The 2015 champion amassed three birdies in four holes, from the third to sixth, before picking up further shots at the 14th and 18th.

Kisner had looked likely to better Johnson when he moved to eight-under with a mixture of five birdies and two bogeys over the first 14 holes.

But he double-bogeyed the 18th after putting his second shot into the infamous Barry Burn and the resulting six left him in a tie for the lead.

Kisner is one of seven American players who have been sharing a house on the east coast of Scotland this week along with Johnson, Jordan Spieth, Rickie Fowler, Justin Thomas, Jason Dufner and Jimmy Walker.

Among the group, only he and Fowler have not won a major championship.

Johnson, Spieth, Thomas, Dufner and Walker have a total of eight between them.

"I learned that everybody's going through the same stuff and trying to shoot the lowest score possible, and everybody puts their pants on the same way I do," Kisner was reported as saying by BBC Sport.

"So they just won a few more times than I have and probably got a couple more zeros in their bank accounts."

England's Tommy Fleetwood is one shot off the lead after carding a six-under 65 in the morning rain.

It was the first bogey-free round of the tournament.

Joining Fleetwood on five-under are Americans Pat Perez and Xander Schauffele, who posted respective rounds of 68 and 66 today.

Perez’s only dropped shot of the day came on the 18th and saw him miss out on a share of the overnight lead.

Schauffele’s round included four birdies, an eagle and just one bogey.

Northern Ireland’s Rory McIlroy, vying for a first major title since he won the 2014 PGA Championship, is on four-under after a second consecutive 69.

Defending champion Spieth is three shots behind after carding a 67.

Fourteen-time major winner Tiger Woods, competing at his first Open since 2015, comfortably made the four-over-or-worse cut after finishing round two at level par following a second successive 71.

The US’s Dustin Johnson has become the first world number one to miss the cut at The Open since England's Luke Donald did so in 2011.

He finished six-over after following his first-round 76 with a 72.

Fellow American Thomas, the world number two, has also missed the cut after shooting a 77 to end four-over.

World number three Justin Rose of England managed a crucial birdie on the 18th to move him back to three-over and above the cut line.