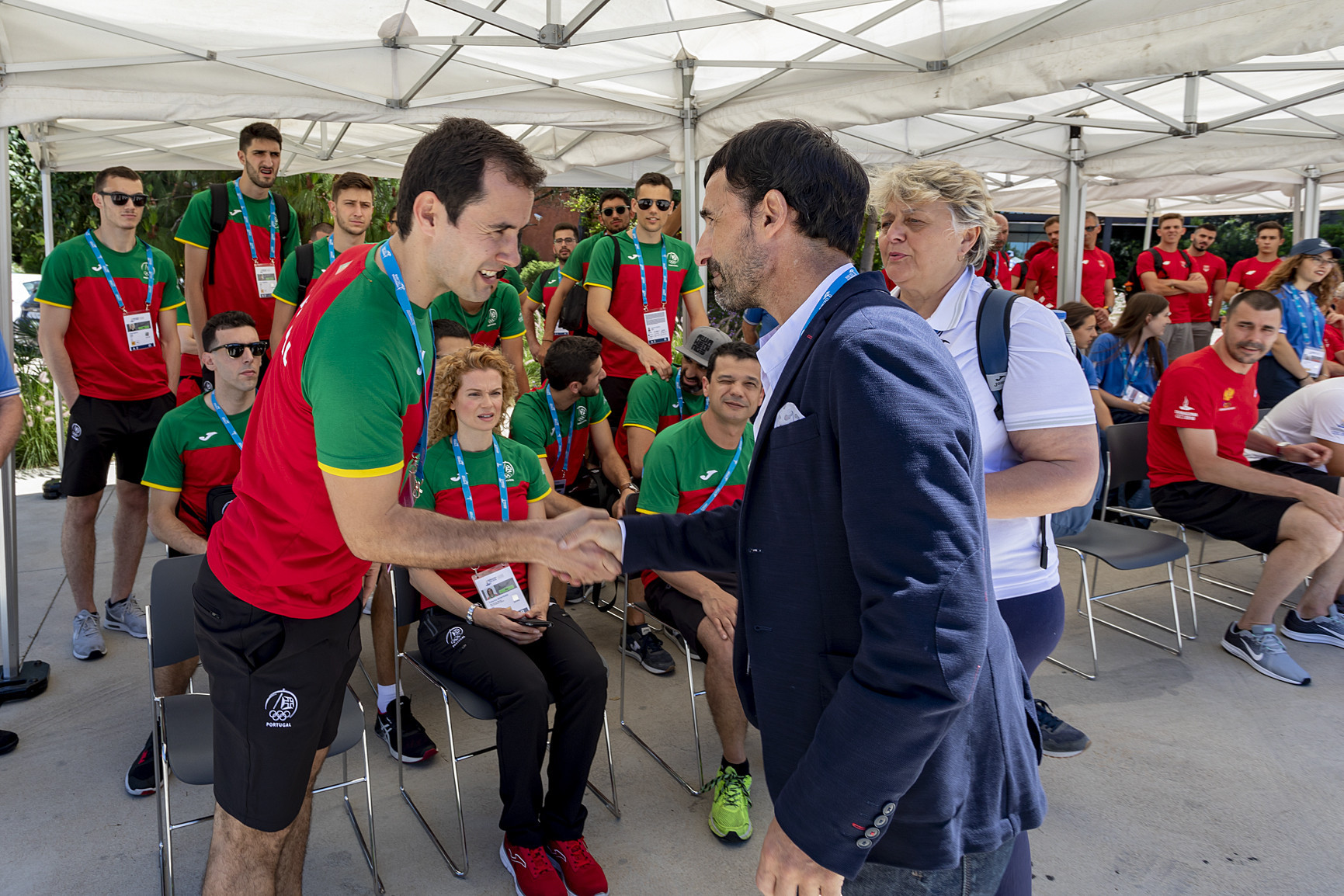 Catalan President Quim Torra has opened Tarragona’s €2.1 million (£1.8 million/$2.5 million) Palau d Esports but stopped short of saying if he would attend the opening of the Mediterranean Games here tomorrow.

He reaffirmed his call for King Felipe to apologise to the people of Catalunya for a critical speech made last October.

He has indicated that he will meet new Spanish Prime Minister Pedro Sanchez next month.

It seems no big Opening Ceremony these days seems to be immune from a political set to.

Many will remember the row at the Commonwealth Games in the Gold Coast earlier this year when protocol did not allow Queensland Premier Annastacia Palaszczuk to speak.

Here, the traditional welcome ceremonies for 26 competing teams are under way at the Athletes' Village.

These include the traditional raising of the flag and a greeting from Village Mayor Jesus Garcia Bragado.

#Kosovo flag raised for the first time in Mediterranean Village of @Tarragona2018. We are ready to write history! #1DayToGO#YoungButReadyToWin #Tarragona2018 @imageofkosovo pic.twitter.com/WR63QbEIer

They include Kosovo, who have no diplomatic relations with Spain.

After visa problems when officials tried to visit for preparation workshops, the necessary papers have now been granted for a team of 40 in 12 sports.

Rio 2016 judo champion Majlinda Kelmendi is one of the team coaches and received the Kosovan team flag from President Hashim Tacjin before they departed for Tarragona.

The host nation have confirmed that Olympic 200 metres butterfly champion Mireia Belmonte will carry the Spanish flag at the Opening Ceremony, even though she is set to compete less than 24 hours later.

She told Spanish media, "’I am very aware that having the home crowd is an added motivation.

Belmonte sees the Games as an important stepping stone towards the European Championships in Glasgow later this year.

The Spanish Olympic Committee have pulled out all the stops to make sure star names are included.

There are competions in some sports before the Opening Ceremony.

The archers will be the first to see competitive action in these Games with ranking rounds for both men and women on Friday morning.

In the men’s football, which is an under-18 tournament, Italy are due to begin their campaign against Morocco at Calafell at 10am.

Both matches kick off at 1 pm .

There are also preliminary matches in volleyball.