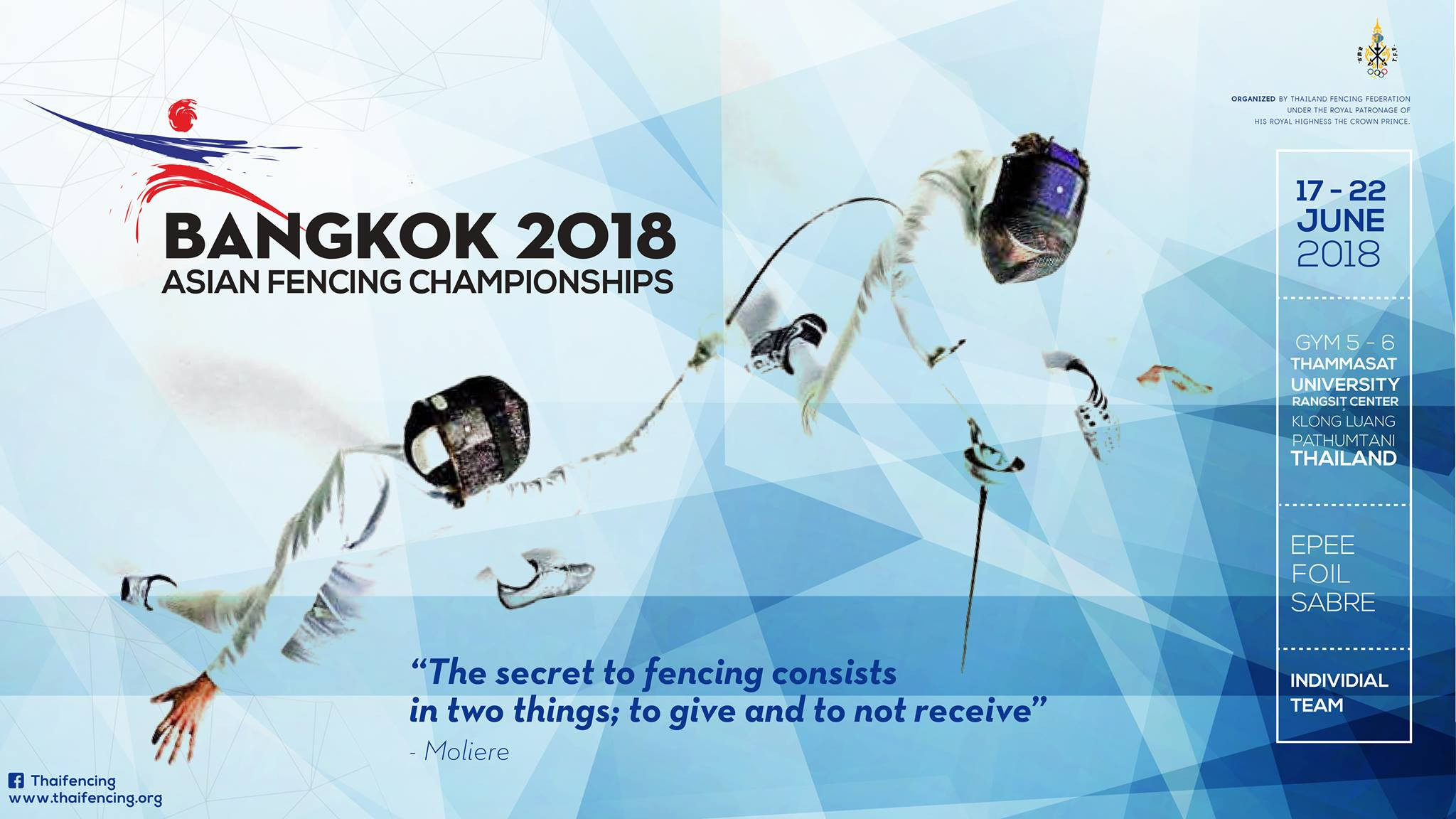 South Korea and China have each won gold in the women's team foil and men's team epee respectively, at the 2018 International Fencing Federation (FIE) Asian Championships at Bangkok's Thammasat University.

The Korean women entered their foil event as defending champions, having won the competition last year in Hong Kong.

They showed their class once again today, obliterating all their opponents on the way to the final, before a much tighter match up against Japan, which was a repeat of last year's final, saw them retain the gold by just one point.

In reality though despite the close nature of the final match, the Korean's were never expected to lose, having won each of their previous fixtures in the competition by a minimum of 27 points.

They thrashed the United Arab Emirates along the way 45-6, clearly cementing themselves as the best team in Asia.

In today's epee event it was a much more disappointing day for Korea, who's men, like the women, also entered the competition as defending champions.

However, an impressive performance by Kazakhstan saw the Koreans lose unexpectedly at the semi-final stage by 45 points to 39.

It was a truly impressive performance from the Kazakh's, who, despite not winning any medal last year, then pushed China all the way in the final too.

They did eventually lose 45-44 however and had to settle for silver.

In winning the gold China bettered their silver medal performance from 2017 and when Korea were knocked out, they became the immediate favourites to do so.

They won their first two matches comfortably against the Philippines and Iran respectively, 45-20 and then 45-27.

They would have then expected to play Japan, who won the bronze last year, but they, like Korea, were surprisingly knocked out by Uzbekistan, meaning China had a relatively easy route to the final, beating the Uzbek's 45-40 in the semi.

At the European Championships today, on what was the final day of competition, it was Hungary and France that came out on top in the men's team sabre and women's team epee events respectively.

In winning the gold at SPC Vojvodina, the Hungarians went two better than last year when they took the bronze behind Russia and Italy.

This time around Russia fell to Romania in the quarter-finals, and Hungary managed to comfortably defeat Italy in the final, by 45 points to 33.

Meanwhile in the women's epee, France won their second gold in a row and their third medal in as many years, having won the silver in 2016 as well.

They made it through to the final relatively comfortably, beating Switzerland, Italy and Estonia on their way, with the closest match up finishing 45-38 against Switzerland.

As it should be though the final was much closer, in fact the final score was as close as is possible.

The match against Poland, who had knocked out Ukraine in the semi-finals, ended 41-40.

Competition does continue at the Asian Championships tomorrow however.

Friday will see teams compete for the men's sabre and women's epee titles, which last year were won by South Korea and China respectively.