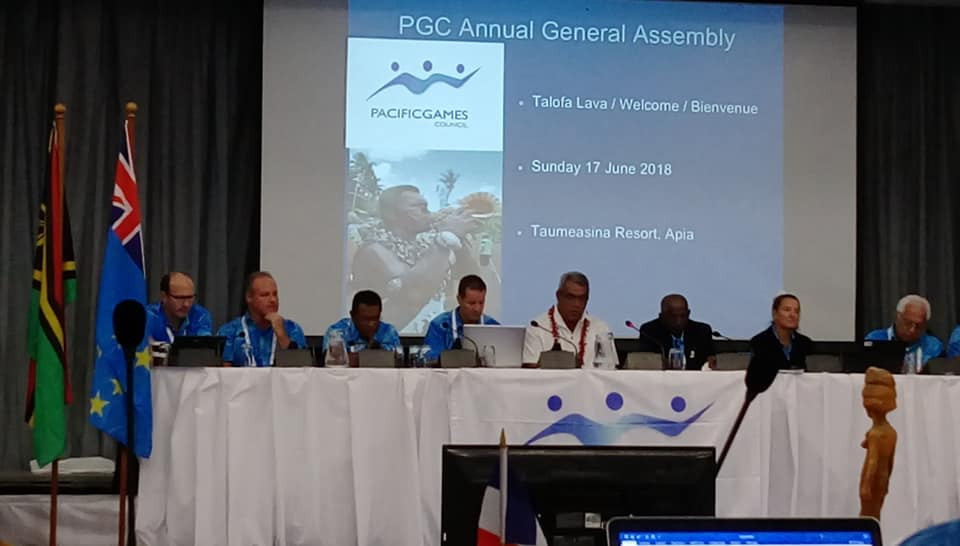 Tahiti remain suspended as a member of the Pacific Games Council (PGC) despite "clearing the first hurdle" towards reinstatement.

Tahiti were suspended in December following "political interference" after their Government boycotted the Pacific Mini Games in Vanuatu.

The PGC deemed that the French Polynesian Government had interfered in the autonomy and independence of sporting associations.

This ultimately led to the Government leading a boycott of the Games.

The PGC stated that the organisation have held meetings with the Tahiti Nui Pacific Games Association (COPF), which is now led by Louis Provost.

They have also received a letter sent to the COPF by the Government, which claims to recognise its independence.

"I think we can report we are making progress, but we have not got all the way to where we need to be to reinstate them," said Andrew Minogue, PGC chief executive.

"There are essentially two conditions that the PGC Executive Board did want to see satisfied before the suspension could be lifted.

"The first one was that we need strong commitment from the Government that respects the autonomy and independence of the COPF.

"We were sent a copy of a letter last month that was written by the President, who had just been re-elected in May.

"It declared their strong support for the independence and autonomy to manage their own affairs."

Key to the Tahiti Government refusing to send a full delegation to the Mini Games was a dispute over boxing and rugby federations.

There was a row between the PGC and the Tahiti Government over who should represent the country's athletes in the two events following claims that competitors were being endorsed by rival federations.

It ultimately led to athletes being forced to take part as neutrals.

The PGC would like to see further progress made in this area, as they look to avoid the possibility of a similar boycott of events in the future.

"The second [condition] relates to the two sports that generated the boycott of the Mini Games in Vanuatu, that was rugby and boxing delegations," Minogue added.

"We have asked the PGA to present us a road-map to solve that affiliation issue so that athletes in those sports are able to participate in Samoa [Pacific Games 2019] next year.

"We have had a letter saying they believe the associations will be solved, but we need more detail as to how it will take place.

"We are working closely and cooperatively with them but we are not yet at the stage where we can lift the suspension.

"Hopefully that will happen soon."

The PGC said they would look to be flexible to help bring the dispute to a conclusion and were hopeful a decision would be reached soon, allowing Tahiti the chance to compete at Samoa 2019.

The COPF were present at the PGC General Assembly as observers, as their request for full membership to be reinstated was turned down.