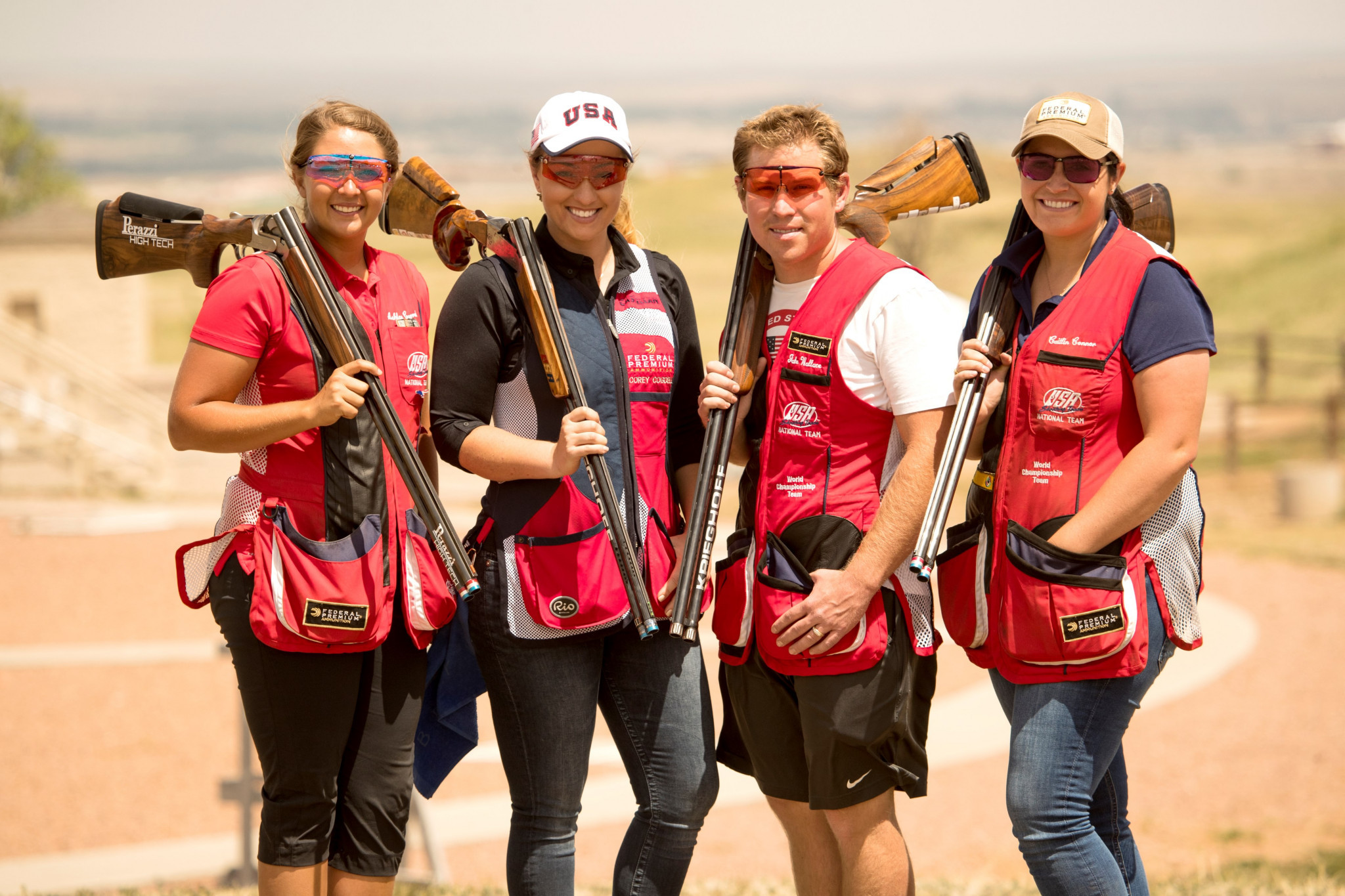 "This team represents the best competitors and the future of our shooting sports."

Hancock is the first American shotgun competitor to have won three world titles.

Hancock is also a decorated military veteran, having served as a sergeant in the US Army Marksmanship Unit.

In addition to her multiple Olympic medals in three straight appearances, Cogdell-Unreinhas earned eight World Cup medals over the course of her career.

Wallace has competed in each of the last four World Championships and is bound for another later this year in Changwon, South Korea.

He is one of just 10 men ever to record a perfect score of 125 in men's rrap, having done so at the 2014 Championship of the Americas.

He is now primed to help get an American back into the Olympic competition following two Games where there has been no US presence in men's trap.

"Having the opportunity to partner with such an outstanding company like Federal Premium is exactly what I have been looking for," said Wallace.

"We have found a partner that is just as invested in the future of Olympic shotgun sports as we are.

"Their shells are some of the finest in the world and it only makes sense that they would be shot by the world's finest shotgun athletes."