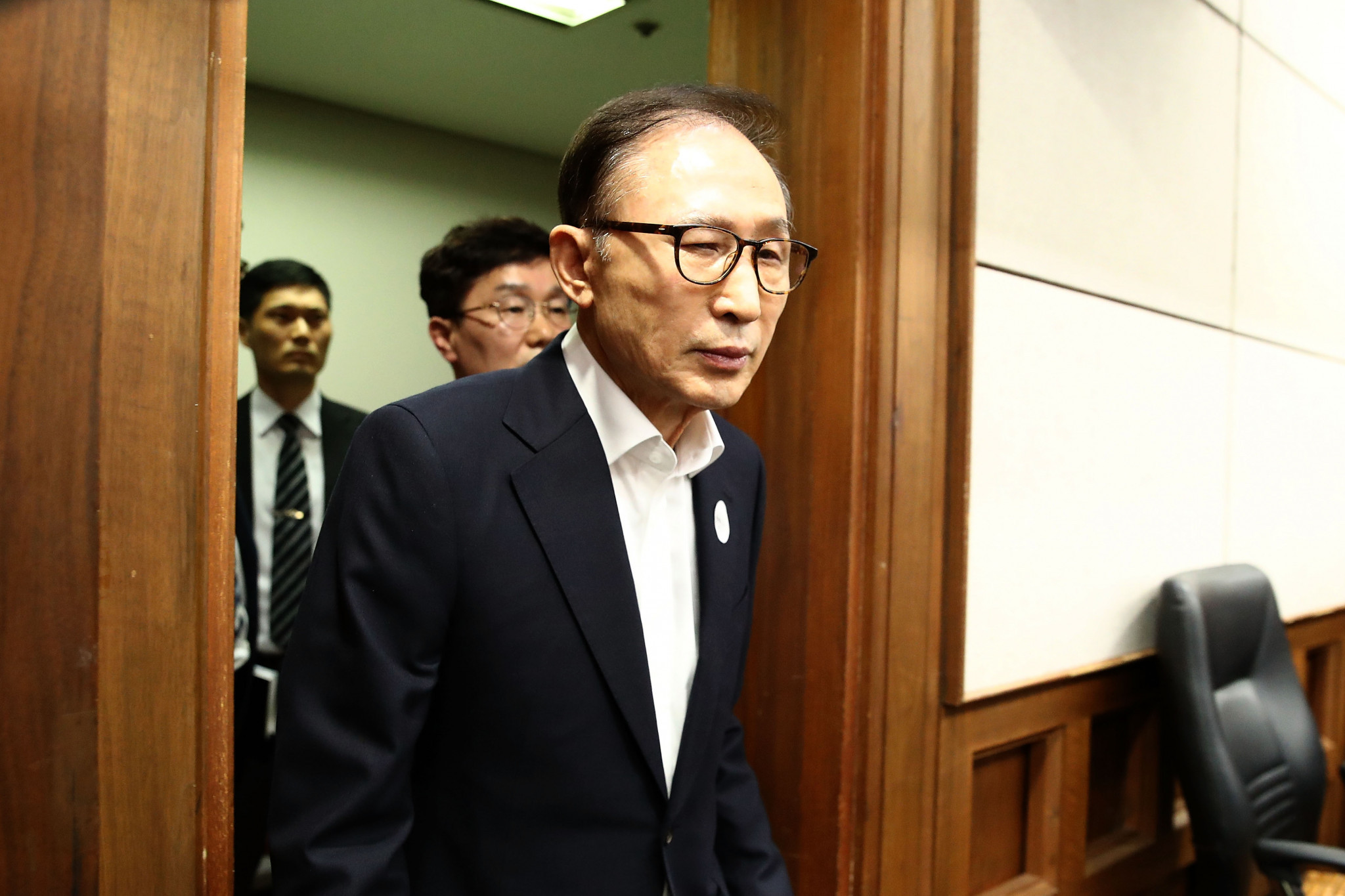 Ex-South Korean President Lee Myung-bak has denied corruption allegations including those surrounding a controversial pardon granted to Samsung chairman Lee Kun-hee in time for him to help spearhead Pyeongchang 2018's successful bid for the 2018 Winter Olympic and Paralympic Games.

Myung-bak, who served as South Korean President from 2008 to 2013, faces charges including bribery, embezzlement and tax evasion.

It is alleged that the Samsung Group bought a Presidential pardon for Kun-hee, a then-member of the International Olympic Committee (IOC), in 2009 after he had been found guilty of responsibility for a Samsung slush fund used to bribe influential prosecutors, judges and political figures in South Korea the previous year.

"I was appalled by the allegations that I received bribes from Samsung in return for a presidential pardon," Myung-bak said during his trial at Seoul Central District Court, according to Agence France-Presse.

South Korean prosecutors are also investigating allegations that Samsung had paid billions of won in litigation fees on behalf of DAS, the local auto firm that is suspected to have created a a multi-billion-won slush fund for the former President.

As a result of the sentence, Kun-hee was suspended by the IOC, where he had been a member since 1996.

There were fears the decision to suspend him could harm Pyeongchang's bid and pressure was reportedly placed on the President to overturn the guilty verdict.

Kun-hee was also banned from serving on any IOC Commissions for a period of five years.

The 76-year-old has been in hospital since May 2014 following a heart attack and he stood down as an IOC member in August 2017.

Samsung have also denied reports that they ran a secret lobbying campaign to boost Pyeongchang's successful bid, which defeated Munich in Germany and Annecy in France at the 2011 IOC Session in Durban.

South Korean broadcaster SBS reported last month that the investigation into former President Lee uncovered a list of 27 IOC members who were considered likely to support Pyeongchang's bid in return for marketing contracts and sponsorship agreements.