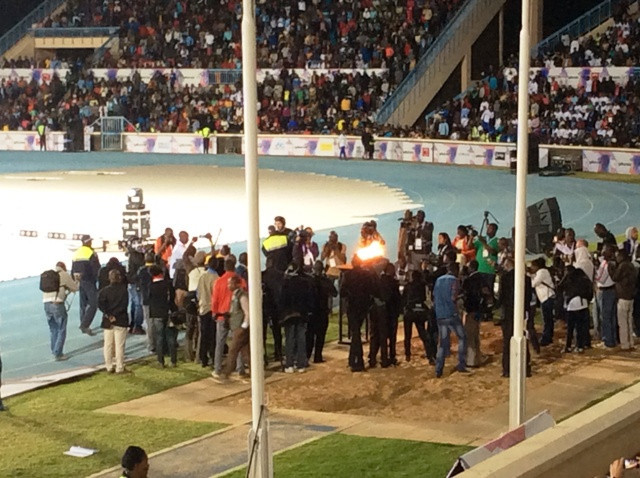 "Rave reviews" following the African Youth Games in 2014 have made Botswana officials confident that capital city Gaborone could host a successful Summer Youth Olympic Games in 2022.

"We believe we have gathered enough experience over the years such that we should now be ready to take on a bigger task; like hosting a Youth Olympic Games," he told insidethegames.

"Our Government has invested quite heavily in the development of sport infrastructure over the last two decades, such that we already have in place facilities for most sports that generally feature on the programme of the Youth Olympic Games.

"The rave reviews that we received after hosting the second African Youth Games in 2014, the generally sold out venues at the same Games and extent to which Botswana was united behind and made proud by the Games in addition to the great sport, tourism and business potential that we see in hosting the Youth Olympic Games, are what have motivated us to want to seize the opportunity presented to Africa in 2022.

"Our Games would probably be among the most compact Olympic Games ever held, as our identified Games Village is literally a few minutes walk to many of the sport facilities and hotels; creating great convenience for athletes, officials and other delegates, in addition to reducing logistical headaches as well as costs."

Botswana are likely to attempt to highlight their stability and economic success in recent years in comparison with other places on the continent.

Abuja in Nigeria and Dakar in Senegal are also being inspected by the IOC.

A Tunisian bid from Tunis is also vying for the Games but has been put on hold by the IOC until they have taken steps to end restrictions on Israeli athletes competing at events in the country.

The IOC decided earlier this year to actively pursue what should be the first-ever African host for any form of the Olympic Games.

A host is due to be chosen at the IOC Session in Buenos Aires in October.

This will take place before this year's Summer Youth Olympic Games in Argentina's capital, scheduled for between October 6 and 18.