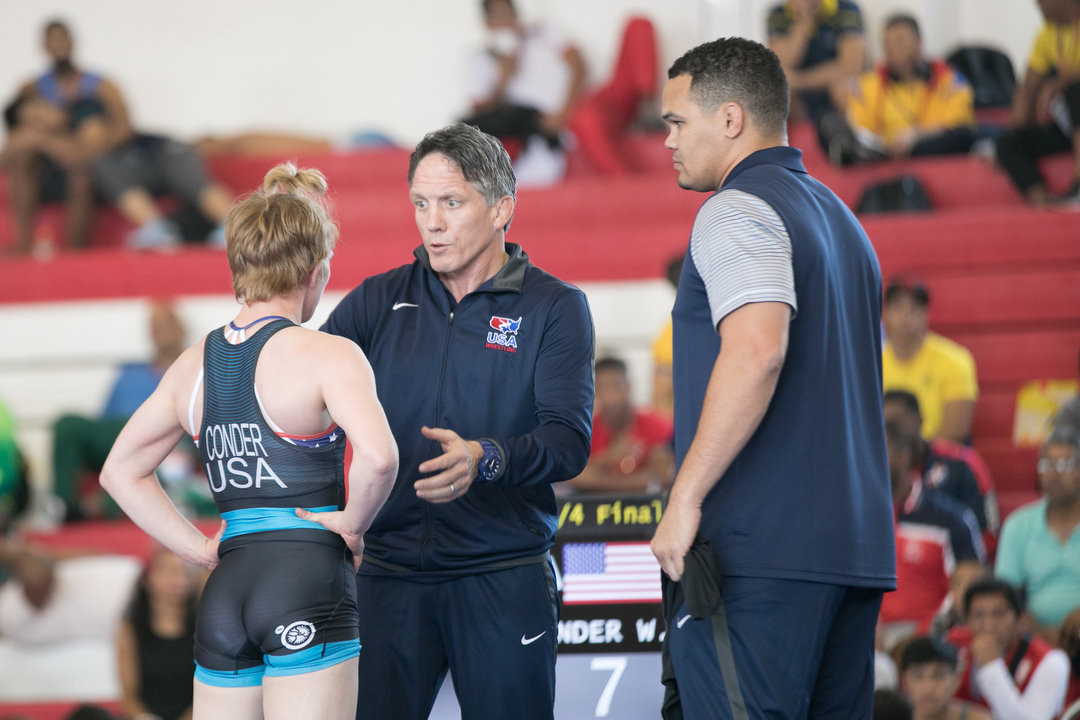 The American wrestler was dominant throughout the women's 76 kilogram event at the San Luis Sports Centre in the Peruvian capital.

Gray claimed victories by fall in each of her contests to reach the final, where she beat Colombia's Andrea Olaya Gutiettez in the same manner to claim her first Pan American title.

There was further American success in the women's 50kg event as Whitney Conder beat Colombia's Carolina Castillo Hidalgo 9-0 in the final.

The second was claimed by Canada's Jade Dufour, who secured a 14-2 success against Argentina's Evelin Sosa.

A third American gold of the day was earned by Sarah Hildebrandt, as she beat Ecuador's Luisa Valverde Melendres 10-0 in the 53kg class.

There was also a gold for Cuba's Yudari Sanchez Rodriquez, who secured victory in the 68kg final against Venezuela's Soleymi Caraballo Hernandez by a 14-8 score.

The final women's wrestling gold of the Championships was claimed by Mexico's Alejandra Romero Bonilla, who was awarded victory against Cuba's Lianna Montero Herrera, after their 57kg final ended 2-2.

Men's freestyle wrestling began with a victory for Mark Hall II in the 79kg event, with the American overcoming Puerto Rico's Ethan Ramos 6-0.

The podium was rounded off by Colombia's Santiago Martinez Restrepo and Canada's Shawn Daye Finley.

Benjamin Provisor of the US emerged as the winner of a round robin format in the 92kg event, with the medal places completed by Mexico's Esdras Lopez Perez and Dalton Webb of Canada.