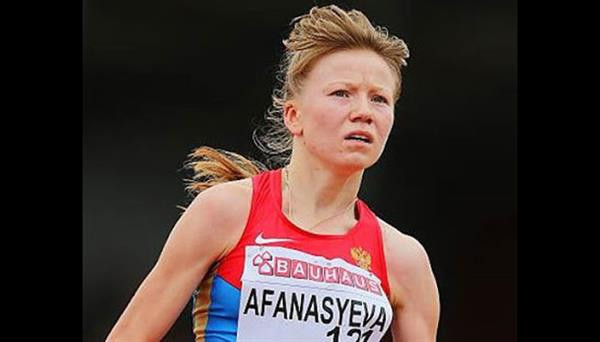 Dmitry Shlyakhtin, President of the Russian Athletics Federation (RusAF), has claimed five Russian walkers whose Authorised Neutral Athlete (ANA) status was revoked today are "partially guilty" of bringing the ruling upon themselves.

On the eve of the International Association of Athletics Federations World Race Walking Team Championships in Taicang in China, the sport’s governing body has announced that five Russian entrants - Klavdiya Afanasyeva, Olga Eliseeva, Yuliya Lipanova, Sergey Sharypov and Sergey Shirobokov - are ineligible to compete after having their ANA status revoked for training with banned coach Viktor Chegin.

"I am very sorry for the athletes as they waited for a long time to be granted the right to compete at the international level and worked hard to prepare for this tournament," Shlyakhtin told Russia's official state news agency TASS.

"Who is to blame?

“I think they are partially guilty themselves as they had been warned many times that they had to cut off contacts with banned coaches to save themselves the trouble.

"However, coaches and those who organised the training session in Kyrgyzstan are also responsible.

"I don’t rule out that the Russian Anti-Doping Agency (RUSADA) will have its say as it has been conducting its own investigation."

Chegin was the chief race walking coach at the Olympic Training Center in Russia’s Mordovia region from 1995 until 2015.

In 2016, RUSADA issued a life ban to Chegin over numerous doping violations committed by his athletes.

The IAAF release concluded: “The Doping Review Board will review their status for future competitions in 2018, once it has received further information from RUSADA and the outcome of further investigations is known.

The IAAF Doping Review Board have been assured that the two remaining ANAs entered for Taicang - Vasiliy Mizinov and Yana Smerdova - were not present at the training camp in Karakol.

Consequently, these two athletes remain eligible to compete with ANA status including in Taicang.

Just under 400 athletes from 49 countries will be competing at these Championships, which offer home possibilities of success on a two-kilometres loop course in the centre of the city.

In Rome two years ago, women were allowed to compete in the 50 kilometres for the first time, but it was held as part of the men’s race and just one woman took part.

At the IAAF World Championships London 2017, there was a standalone women’s 50km race, but as it was a late addition to the competition programme, just seven women ended up competing.

In Taicang, though, the women’s 50km has been on the programme from the outset and will be offering the same medals and prize money as the other senior disciplines.

As a result, it has attracted 33 competitors.

Portugal's world champion Inez Henriques will start as the favourite.

Japan has never won a gold medal in the history of this event or a medal of any colour in the 50km race.

But, spearheaded by world silver and Olympic bronze medallist Hirooki Arai, the Japanese team looks to have assembled their strongest possible squad with three out of their five entrants boasting a sub-3 hours 45min lifetime best.

Based on times this year, Japan also has top chances in the men’s 20km with three entrants who have bettered 1:18 this year – Eiki Takahashi, Toshikazu Yamanishi and Daisuke Matsunaga - while only two other men in the field have bettered 1:19 in 2018.

Not only is the leading Japanese trio the fastest on season’s bests, their personal bests are also faster than any other athlete who’ll be lining up for the 20km in Taicang.

Colombia’s Eider Arevalo may not be the fastest on the entry list, but the world champion is a man for the big occasion.

Australia’s Olympic bronze medallist Dane Bird-Smith will be high in confidence following his victory at the Commonwealth Games.

So too will Britain’s Tom Bosworth, who finished just four seconds behind Bird-Smith to take the silver medal in a national record of 1:19:38.

Maria Guadalupe Gonzalez of Mexico will defend her women’s 20km title, having earned Olympic and world silver in the intervening years.

But she will be hard pushed to resist home racer Yang Jiayu, who won the world title in London last year.