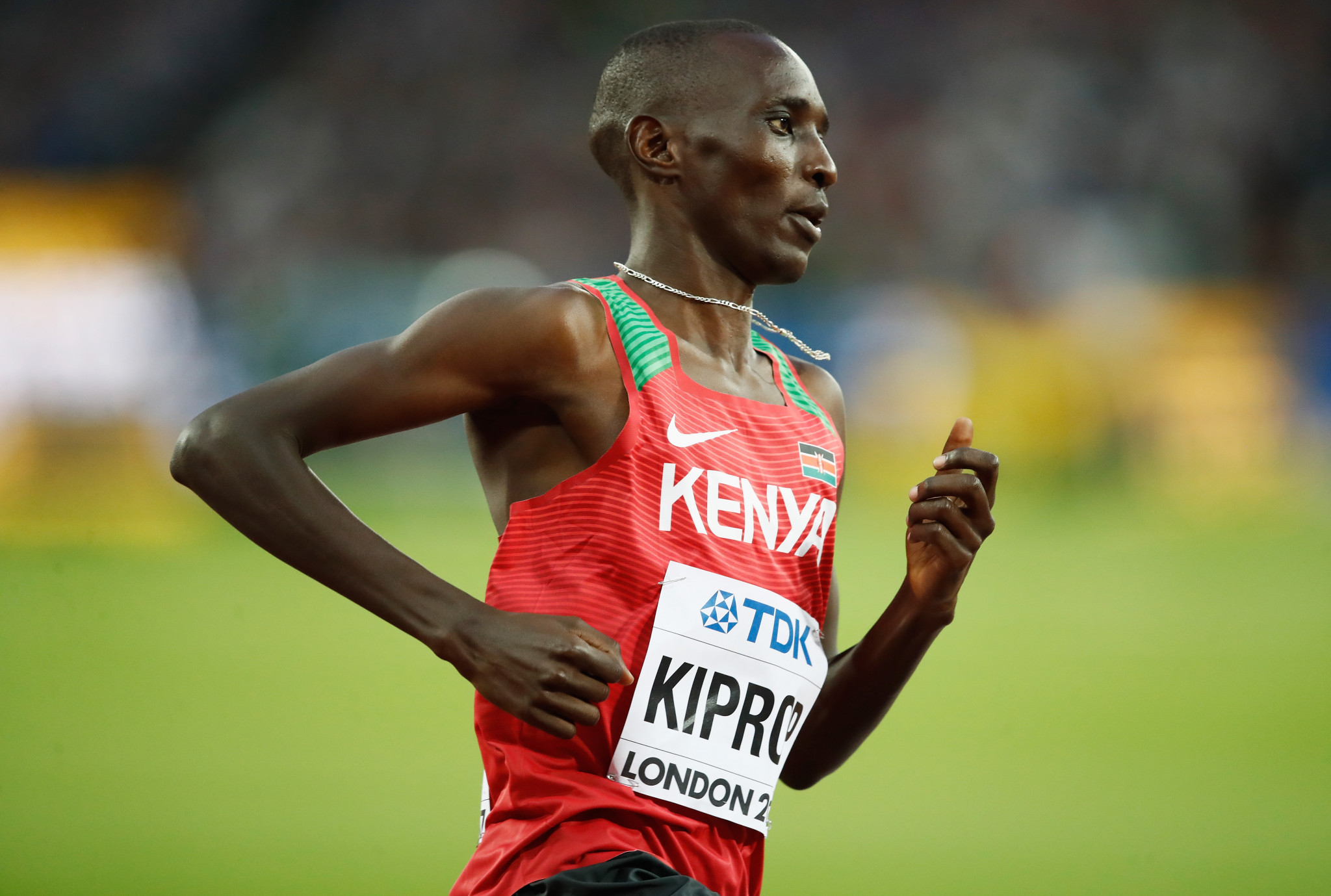 A "high profile" Kenyan distance runner who has "dominated" World Championships in recent years has reportedly been embroiled in a doping scandal.

This was reported by The Standard newspaper in Kenya and the athlete in question has now been named by the Daily Mail as Beijing 2008 Olympic 1500 metres champion Asbel Kiprop.

The Standard did not identify the name or gender of the athlete, but cite "impeccable sources" in reporting they tested positive for banned blood booster erythropoietin (EPO) during out-of-competition testing.

The Daily Mail cited "senior athletics sources" in reporting that it was Kiprop, a three-time world 1500m champion and the third fastest man in history.

The 28-year-old rose to prominence as a teenager when finishing second in the Olympic 1500m final at Beijing 2008 behind Bahrain's Rashid Ramzi.

He was upgraded to gold after Ramzi tested positive for continuous erythropoietin receptor activator (CERA).

In 2015 he also clocked a personal best of 3min 26.69sec at the International Association of Athletics Federations (IAAF) Diamond League in Monaco to make him the third fastest man in history.

He finished a disappointing sixth at Rio 2016 and ninth at last year's IAAF World Championships in London.

EPO is the same substance which two high-profile female Kenyan marathon runners have tested positive for in recent years.

insidethegames has contacted the Athletics Integrity Unit responsible for administering drug testing on behalf of the IAAF for a comment.

More than 40 athletes from Kenya have tested positive for banned drugs since 2012.

A new law criminalising doping has been introduced, which was declared non-compliant by the World Anti-Doping Agency (WADA) in May 2016 and put participation at the Rio de Janeiro Olympics in jeopardy.

WADA warned Kenya they were in breach of anti-doping rules before the situation was resolved in time for the Olympics.

Sprinters Joyce Zakari and Francisca Koki each failed tests at the 2015 IAAF World Athletics Championships in Beijing after traces of masking agent furosemide were found during in-competition testing.

This was denied by the national governing body.

Two-time world cross country champion Emily Chebet was also banned for four years in 2015 after traces of the same substance were found in her sample.

The Anti-Doping Agency of Kenya were also last month involved in the arrest of a chemist in Eldoret on suspicion of dealing performance enhancing drugs.