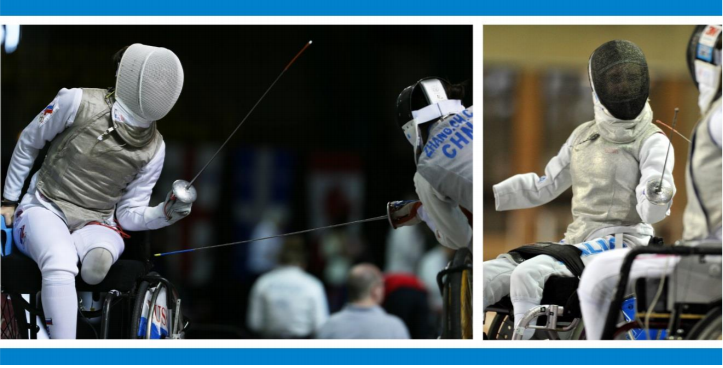 The 2018 International Wheelchair and Amputee Sports Federation (IWAS) Wheelchair Fencing World Cup series is due to continue this weekend with Montreal playing host to the third leg of the year.

The three-day competition will be held at the Canadian city's Complexe sportif Claude-Robillard.

Taking place tomorrow will be the men’s foil and women’s épée events.

The men’s épée and women’s foil events are scheduled for Saturday (April 28), while the men’s and women’s sabre events and the team competition are set for Sunday (April 29).

Among the nations competing are India, represented by a 14-member squad.

One of the country's team members is Md Riyaz, who has received Rs50,000 (£536/$749/€614) from Manipur Social Welfare Minister Nemcha Kipgen to meet his travel expenses.

Several other individuals and organisations have also provided financial assistance to Riyaz to ensure his participation in the World Cup.

His spot on the Indian team was earned partly as a result of his performance at the 11th edition of the National Wheelchair Fencing Championships in Manipur, where he claimed two gold medals and one silver.

"We are very much indebted to the Minister and other donors as we were at a loss on how to manage expenses of the fencer as he is from a very poor family," Haji Arafat Ali, the general secretary of the United Golapati Hatta Development Council, was reported as saying by the Telegraph India.

"On seeing his dedication to the game, we have come forward to seek donations."

The first leg of the 2018 IWAS Wheelchair Fencing World Cup series was held in Hungarian city Eger in February.

It was followed by a meet in Pisa in Italy last month.