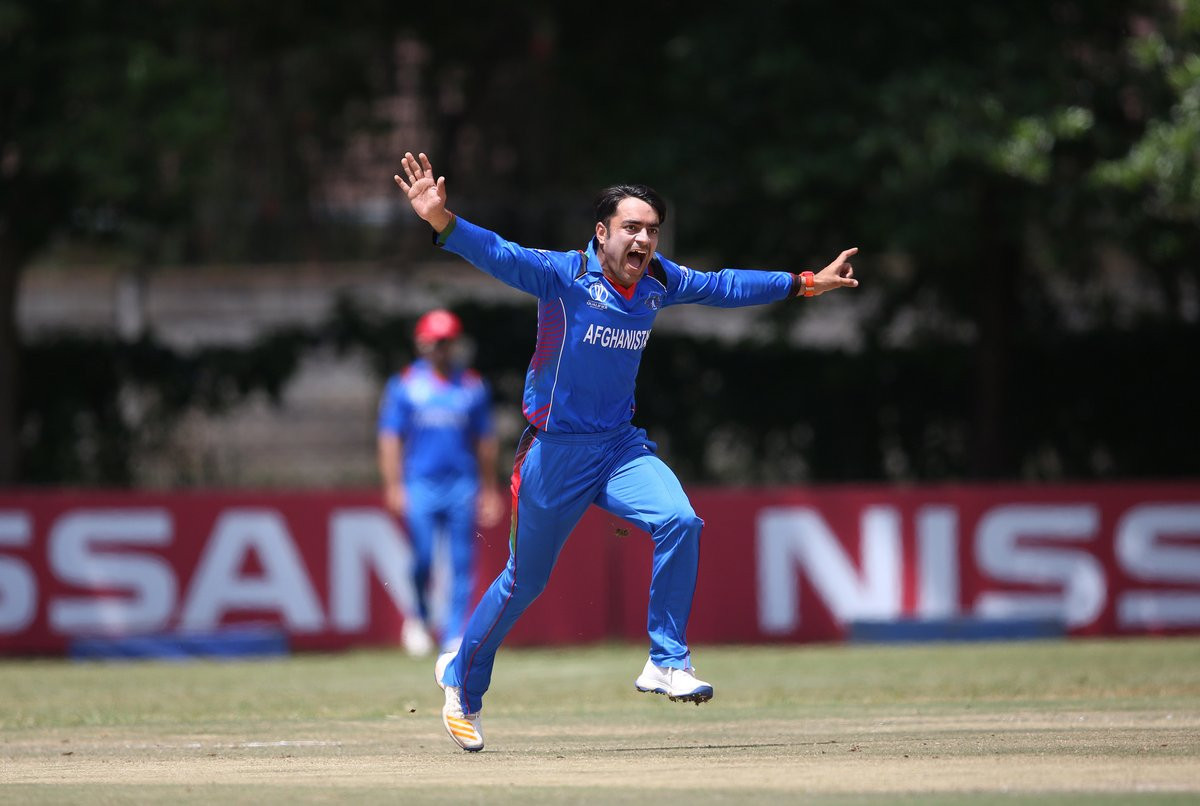 Afghanistan kept their hopes alive at the Cricket World Cup Qualifier after they beat United Arab Emirates by five wickets in Zimbabwe.

The new test-playing nation have a slim chance of finishing in the top two of the Super Sixes phase which would book them a spot at the World Cup in England and Wales next year.

Victory against the UAE was essential to keep those ambitions intact and fine performances from Gulbadin Naib and Rashid Khan proved key at Old Hararians Sports Club in Harare.

After the UAE won the toss and elected to bat, they were bowled out for just 177 as leg spinner Khan took 5-41.

Shaiman Anwar scored 64 for the UAE before becoming one of Khan's victims and his country's total would not be enough.

Afghanistan needed 34.3 overs to chase down their target as opener Naib ended unbeaten on 74.

They had to recover from 54-5, however, with Naib and Najibullah Zadran embarking on a 124-run partnership to make the match safe.

Zadran ended on 63 not out.

It means Afghanistan have two victories from four matches in the Super Sixes, with each country now having just one game to play.

A big victory over Ireland and defeats for Scotland and Zimbabwe could still see the Afghans qualify.

West Indies currently sit in pole position with three wins and a defeat and face the third-placed Scots tomorrow.

Scotland, Zimbabwe, Afghanistan and Ireland all have a record of two wins and two defeats so run-rate could prove crucial in the final standings.

The top two countries will also contest a final on Sunday (March 25) to see who wins the tournament.