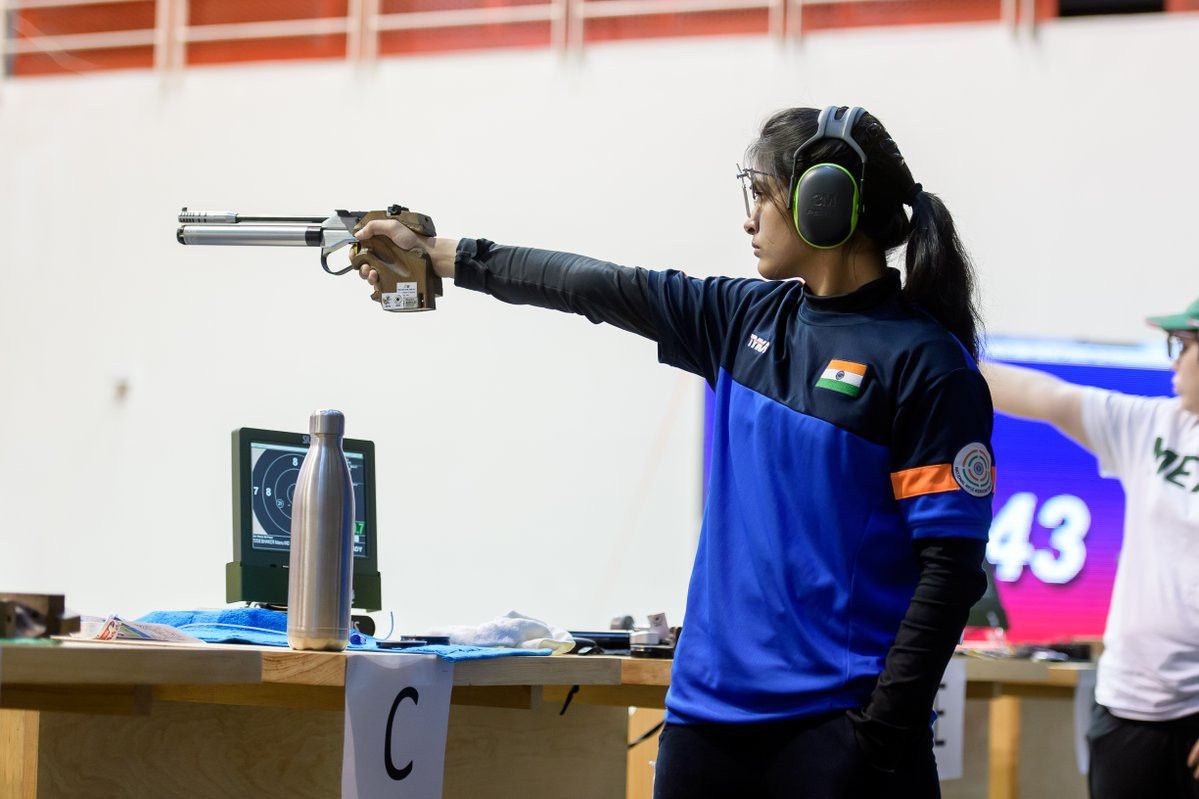 Indian duo Manu Bhaker and Shahzar Rizvi have each been on target at the International Shooting Sport Federation (ISSF) World Cup in Guadalajara.

The pair have each won gold medals as action began at the Code Paradero Shooting Range.

Bhaker, a 16-year-old debutant, made a sensational start to her ISSF career by stunning local favourite Alejandra Zavala Vazquez in the women's 10 metres air pistol event.

This completed an Indian air pistol double after Rizvi won the corresponding men's event with a score of 242.32.

He scored 249.5 to edge Alexander Schmirl of Austria into second place after his score of 248.7.

Ravi Kumar secured yet another Indian medal with bronze on 226.4.

Laura-Georgeta Coman of Romania won the women's 10m air rifle with a score of 251.52.

Action is scheduled to continue tomorrow at the Mexican range.