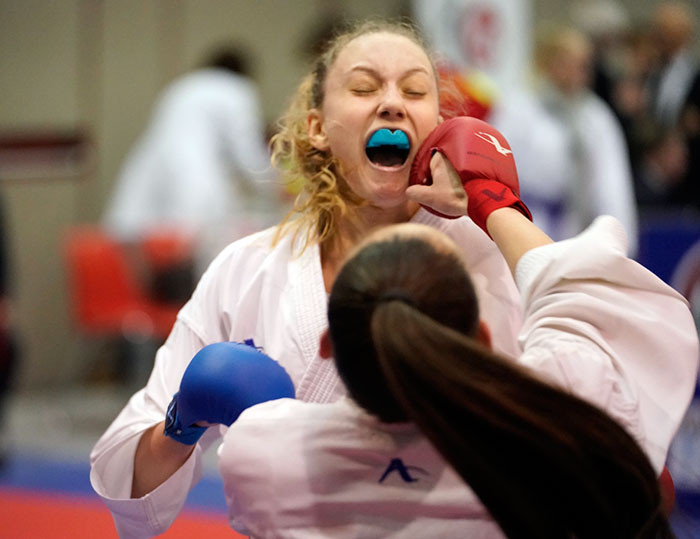 Grand Winner Sadriddin Saymatov of Uzbekistan produced one of the stand-out performances on the final day of action at the Karate 1-Series A in Salzburg, winning the male kumite under-60 kilogram category.

The 20-year-old talent had dominated his pool, recording a tally of 13-2 in three bouts in the World Karate Federation event at the Sporthalle Alpenstrasse.

In the final, the current under-21 World Championships silver medallist edged Montenegro’s Nenad Dulovic 1-0 to take his first gold this season.

In the female kumite under-55kg, Croatia’s Alesandra Hassani won her first gold medal in over nine years of international career after beating Italy’s Lorena Busa in the final 5-1.

Yazed had emerged to prominence in 2014 when she earned the gold medal at the World Championships, but has been absent from competition until this year.

In Salzburg, the 2014 African Championships silver medallist beat Lucija Lesjak of Croatia in the final by 2-1.

In male categories, the gold in the under-84kg competition went to Ukraine’s Andriy Toroshanko.

The 19-year-old produced a surprise win over Japan’s Makoto Koike in the final by Hantei to claim his first medal in senior competitions.

The 2016 World Championships bronze medallist beat Tyron-Darnel Lardy of The Netherlands in the final by 1-0 to achieve his third medal in major events in three years of international competition.

Japan topped the medal table of the tournament with a total of 15 medals, including four gold.

The Karate 1-Series A is next due to travel to Santiago in Chile on September 21 until 23.