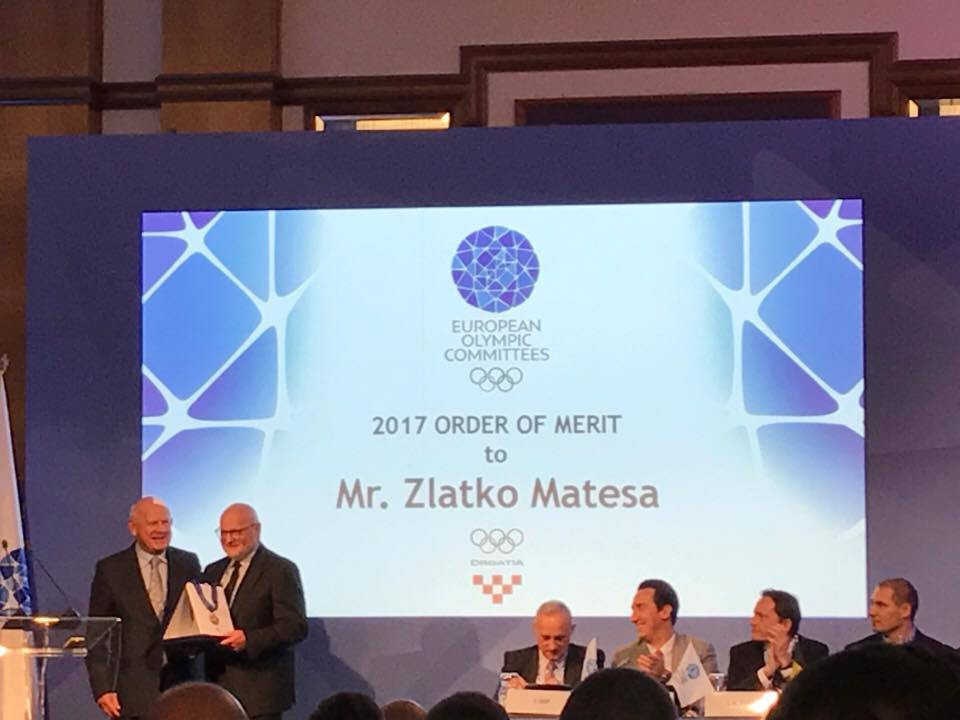 The 68-year-old, a former water polo player and Prime Minister of Croatia as well as COO head since 2002, was awarded the honour by EOC acting President Janez Kocijančič at the beginning of the body's General Assembly here.

He was principally recognised for his contribution to the founding of the European Games, first held in Baku in 2015.

Mateša was considered the key figure in devising the initial concept of the continental-wide event and later served as deputy chairman of the EOC's Coordination Commission for the inaugural edition.

He is also currently occupying a similar role in the inspection panel for the next event in Minsk in 2019.

He thanked colleagues with whom he met in Malta in May 2010 to work on the feasibility study on the creation of a European Games including former EOC President Patrick Hickey, as well as Greece's Spyros Capralos, Finland's Roger Talermo, Ireland's Pierce O’Callaghan and Britain's Andrew Craig.

The Order of Merit is the EOC's highest distinction and is usually awarded annually to acknowledge "contributions to sport and the Olympic Movement".

Azerbaijan First Lady Mehriban Aliyeva was the previous recipient of the award in 2015 after her role as chair of the Organising Committee for Baku 2015.

Other recent recipients include International Olympic Committee President Thomas Bach and Russia's Vitaly Smirnov, who at the end of 2015 stood down as an IOC member after 44 years of service.

Matesa, who is standing for re-election as an EOC Executive Committee member later today, is the third President of the COO since it was formed.

The official had previously served five years as Croatian Prime Minister between 1995 and 2000.