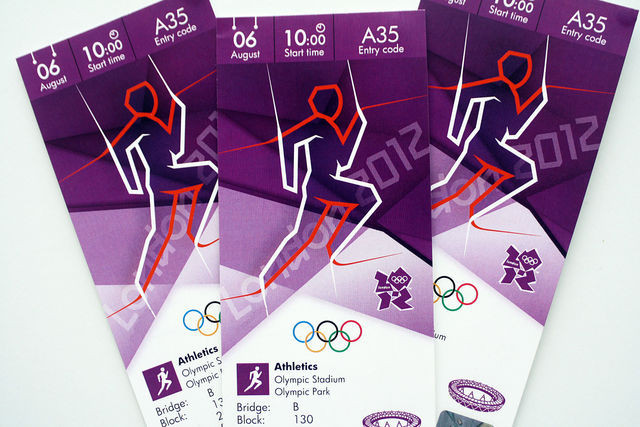 A new process for selling Olympic tickets in which standalone sales would be conducted via a centralised system rather than through an Authorised Ticket Reseller (ATR) is being finalised by the International Olympic Committee (IOC).

The process, which should be formally unveiled by the end of the year and come into operation for Tokyo 2020, is likely to see ATRs retain responsibility for distributing hospitality packages.

An Organising Committee, however, will take over sales for all standalone tickets bought by spectators who are planning to organise transport and accommodation separately.

This will simplify the system, it is hoped, while also reducing risk and increasing revenue.

"One of the proposals for the future is that standalone tickets are very hard to handle for National Olympic Committees (NOCs) and ATRs because they have to take a huge risk over a contingent of tickets for that territory buying them in advance," IOC executive director for the Olympic Games, Christophe Dubi, told insidethegames here at the Association of National Olympic Committees General Assembly.

"The idea would be to say: hospitality, that has to stay the way it is via ATRs except that we want to introduce more Games related assets into hospitality packages.

"For example, dedicated access through security, or transportation, or specific lounges.

"London did this very well, but for the domestic market.

"We want to create a situation where, internationally, an ATR can acquire more of the Games assets with the Organising Committees.

"ATRs know their market very well and they would be the ones to continue to distribute hospitality packages, with better offers than we can do today.

"But for the famous standalone tickets, we're exploring whether it would be easier for them to be handled by the Organising Committee in a more centralised system where anyone can buy them directly."

ATRs are appointed by Local Organising Committees for specific countries and territories.

Dubi admitted, however, that there are certain hurdles still to clear.

"At the same time it is now that simple because, depending on the countries you would have some rules and regulations to abide by and you could not have open web sales just like that," he said.

"The idea is that by the end of the year we have a review ticketing policy so we can proceed for Tokyo."

Another problem concerns finding a way for standalone spectators - such as members of a family or fans of a specific team - to purchase tickets in which they all sit together.

Some ATRs have already signed ticketing agreements with NOCs for Tokyo 2020.

It is expected that a conference call will take place with ATR and NOC representatives over the next week to iron out precise points.

Dubi did not make any reference to various ongoing ticketing scandals when justifying the changes, but it seems likely that this has also influenced their thinking to some extent.

Former IOC Executive Board member Patrick Hickey is still facing charges of theft, tax evasion, money-laundering and criminal association in Brazil after hundreds of tickets to Olympic events at Rio 2016 were seized by police.