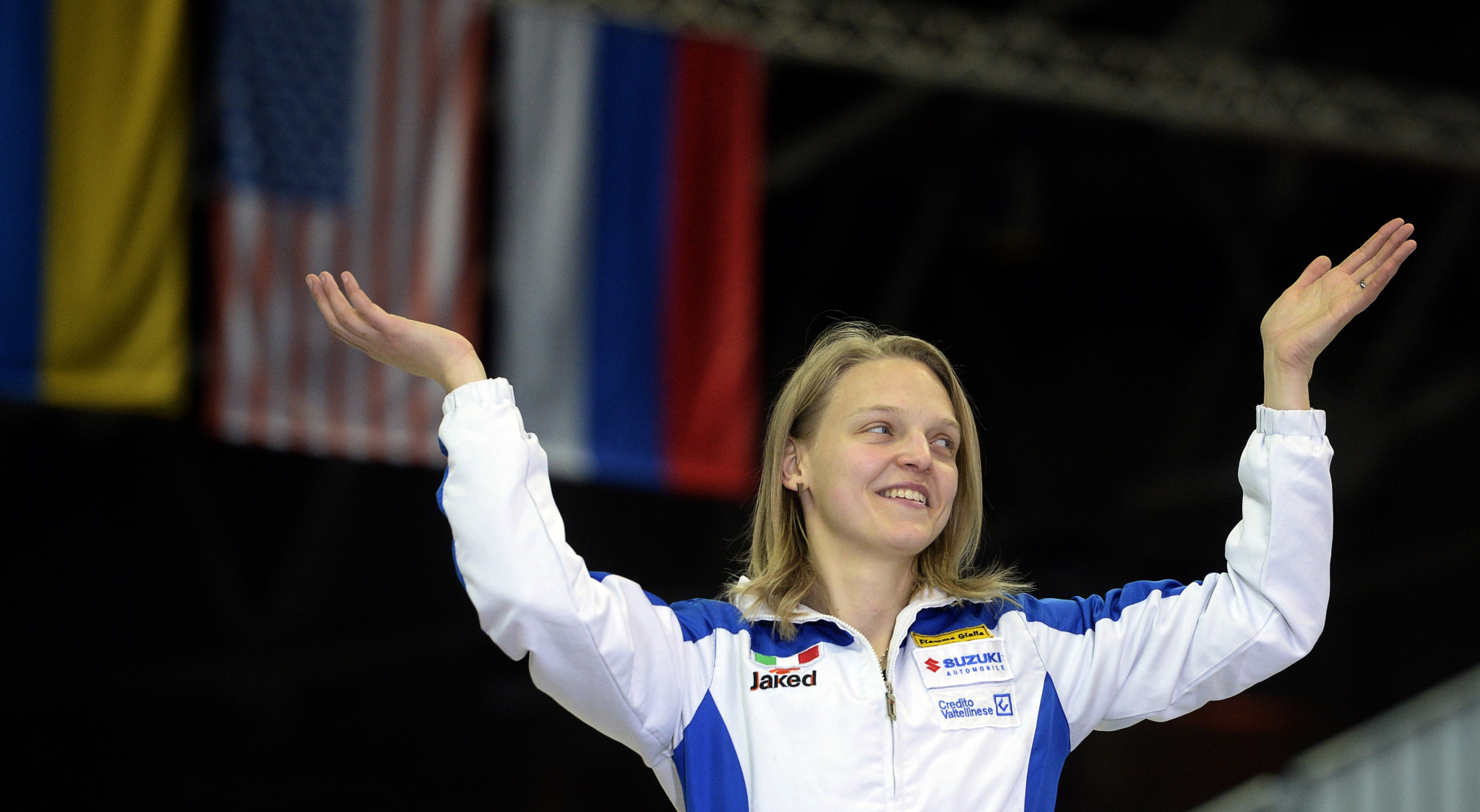 Shot track speed skater Arianna Fontana is set to be announced as the flag bearer for Italy's team at the Opening Ceremony of next year's Winter Olympic Games in Pyeongchang 2018, it was reported today.

The 27-year-old from Sondrio is set to be officially confirmed by the Italian Olympic Committee (CONI) on Tuesday (October 24), Italian news agency ANSA revealed today.

Fontana had carried Italy's flag at the Closing Ceremony of Sochi 2014.

At Sochi 2014 Fontana was upgraded from a bronze to a silver medal in the 500m event following a collision that saw British skater Elise Christie disqualified.

She also won a bronze medal in the 1,500m event and in the team-event.

Fontana has also won 14 medals in the World Championships, including one gold.

In addition, she has won 25 gold medals in the European Championships.

The flag bearer is due to be given the Italian flag by the country's President Sergio Mattarella on December 18 at the Quirinal Palace, before leading the team at the Opening Ceremony in Pyeongchang on February 9.

Italy won a total of eight medals at Sochi 2014 but failed to win a gold.

It was the first time since Lake Placid 1980 they had not won a gold medal.