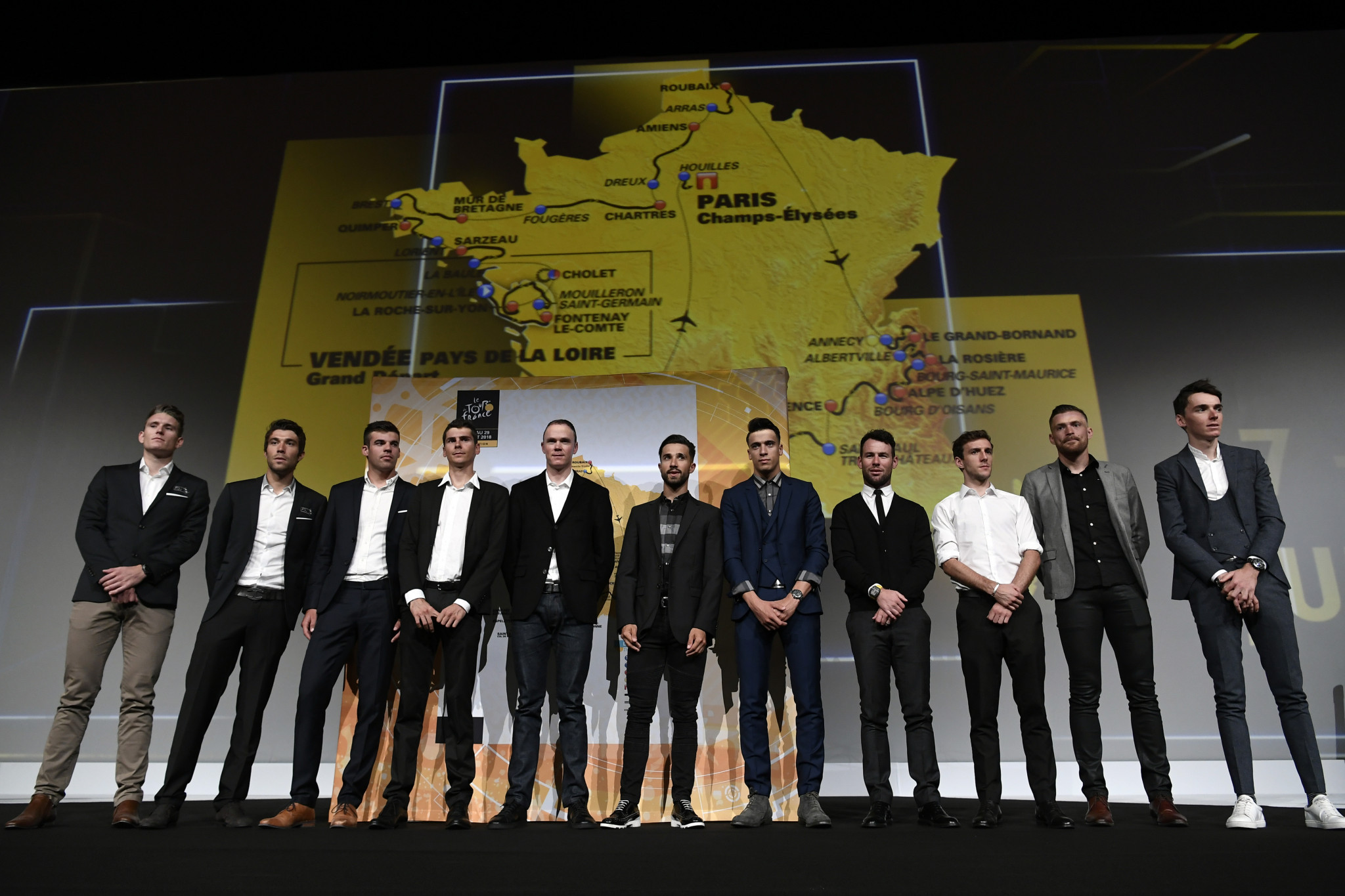 The 2018 edition of the Tour de France will take place on the famous race's shortest route of the 21st century.

Cyclists will tackle 3,329 kilometres between July 7 and 29, with the Grand Tour starting a week later than usual due to the FIFA World Cup in Russia.

Action will begin with the Grand Départ in Pays de la Loire before a 195km opening stage from Noirmoutier-en-l'Île to Fontenay-le-Comte.

Stage three will be a team time trial to and from Cholet, with other highlights including riders tackling the cobbles used during the Paris-Roubaix one-day race.

Climbs up to the Plateau des Glière and Alpe d’Hue and a short 65km stage in the Pyrenees could also prove key, with the final contested stage, a time trial, taking place on steep roads in the Basque Country on a 200km route from Lourdes to Larun.

The course will also enter Spain for a 15km section, the only time the Tour will leave France.

As is tradition, the race will conclude with a ceremonial final stage in Paris.

"We especially wanted to emphasise stage variety and the routes that may prove decisive, whilst combining legendary climbs with brand new ascensions or ultra-dynamic formats, to provide a vision of modern and inspired cycling," said race director Christian Prudhomme.

"I wouldn't expect anything different from the organisers," he said to BBC Sport.

"It is a massive challenge for next year and a Tour de France that tests every aspect of cycling."