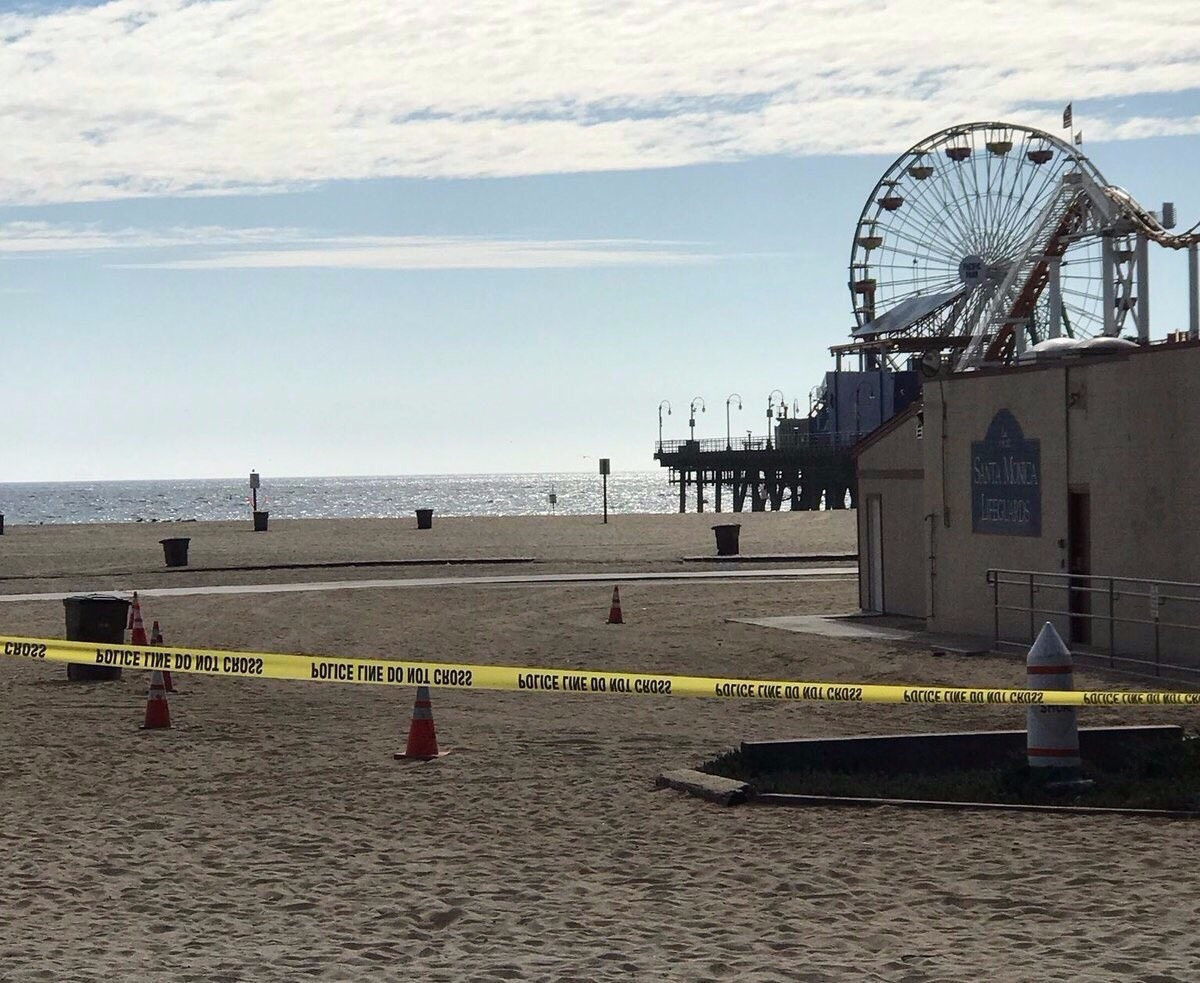 People in the area were instructed at 12.30pm to avoid the area as a bomb disposal robot searched vehicles in the car park.

It followed a call of a potential bomb threat.

Today marks the 16th anniversary of the terrorist attack on several sites in the United States, including the World Trade Center in New York City, which left 2,997 people dead.

Santa Monica, a coastal city west of downtown Los Angeles, is due to be a major hub during the 2028 Olympics.

They are beach volleyball, skateboarding, surfing and 3x3 basketball.

Los Angeles is due to be officially awarded the 2028 Olympic and Paralympic Games at the International Olympic Committee Session here on Wednesday (September 13).

.@SantaMonicaPier has been reopened. Thank you for your patience today. Please sign up for emergency updates: https://t.co/wL0jTT4jFA pic.twitter.com/BeqleMGCEN

The Pier was re-opened at 7pm after the local police department announced on a video via Twitter that a a sheriff's bomb squad had inspected a suspicious vehicle located in the southeast portion of the car park.

The vehicle was rendered safe and local FBI assisted with the incident.

The incident was a reminder of the terrorism threat most major cities now face.

Paris has been the victim of several terrorist attacks during their campaign for the 2024 Olympic and Paralympic Games.

The most serious incident was in November 2015 when a series of coordinated attacks, including on the Stade de France, the centrepiece of Paris' bid, left 130 people dead.

Until today, a bigger concern in Los Angeles has been the high murder rate due to the United States gun laws.

According to the Los Angeles Police Department, 294 were murdered in the Californian city last year.

That, though, was a significant decrease than a decade ago when 480 people were killed.