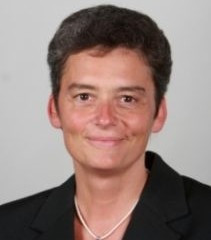 Former International Table Tennis Federation (ITTF) chief executive Judit Farago has revealed that she has settled out of court with the governing body following her acrimonious departure from the organisation.

The Hungarian was suspended by the ITTF in May after what was believed to be a breakdown in relations with the governing body's President Thomas Weikert.

No official reason was ever given with Australia's Steve Dainton confirmed as the new ITTF chief executive on Thursday (August 31).

Dainton was initially appointed as acting chief executive in July.

The news that he has accepted the job permanently also confirmed Farago's departure although the ITTF did not mention her when making their announcement of the hiring.

Farago, who was put on paid leave following her suspension until after the ITTF World Championships in German city Düsseldorf, which concluded on June 5, sought legal advice after her suspension.

After being contacted by insidethegames, she said: "I officially left the ITTF.

"The ITTF then offered to settle my claim out of court, which I accepted and [I am] satisfied with the settlement.

The ITTF said in May that Farago's suspension came after a majority vote from the Executive Committee.

They said it was in the "best interests" of the governing body going into the World Championships in Düsseldorf.

Farago yesterday wrote to several officials involved in table tennis informing them that she had officially left the ITTF.

The ITTF also confirmed the appointment of Raul Calin as secretary general on Thursday.