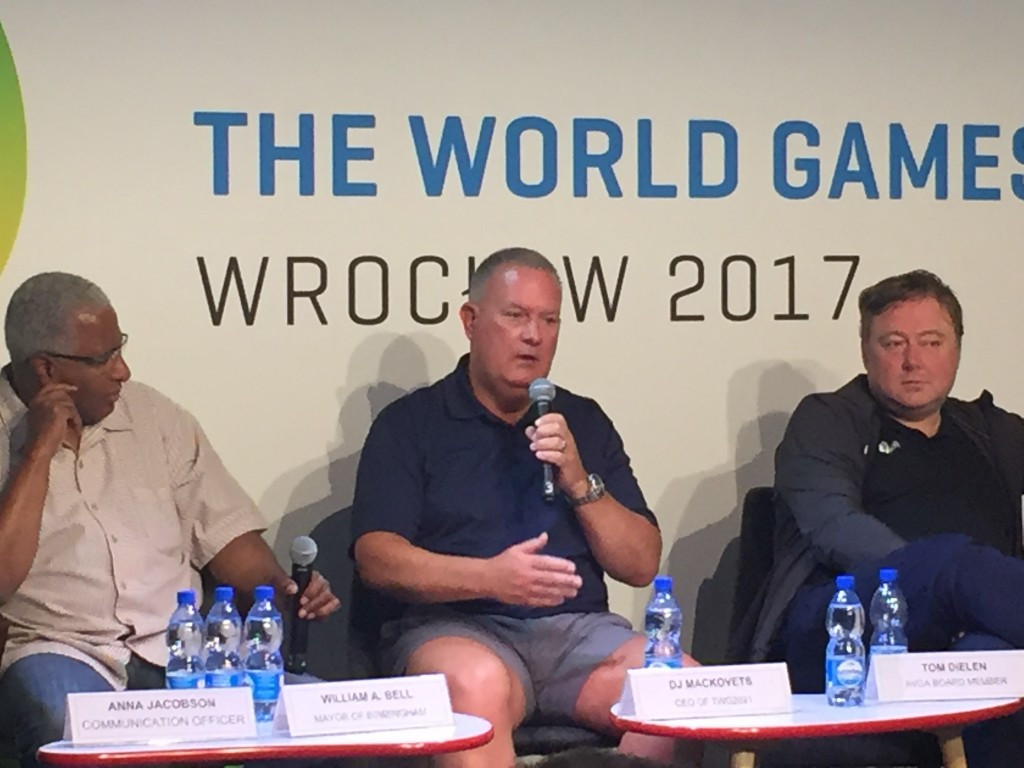 Birmingham 2021 chief executive DJ Mackovets has revealed here today that organisers of the next World Games realistically think they can reduce their budget by around $25 million (£19 million/€21.2 million).

The American city, located in the state of Alabama, was awarded the 2021 World Games in January 2015.

Mackovets revealed during a press briefing this morning alongside Birmingham Mayor William Bell that their initial budget was $75 million (£57 million/€64 million).

However, it appears that following evaluations, they may be able to cut that significantly to $50 million (£38 million/€42.5 million).

"The bid budget was $75 million, although we are starting to review that very aggressively," the American said.

"We do not believe it will take that much money to deliver these Games at the level that we all want to produce them at.

"I think we are probably going to be closer to $50 million.

"Our budget model in the US for major events is much, much different to elsewhere in the world, where our money comes from the private sector through corporate sponsorship.

"We do already have a major commit from Mayor Bell and we are working on securing funding from Jefferson County as well as the State of Alabama.

"If I could give you a formula then it would probably be 85 per cent of our budget would come from the private sector and the other 15 from the public sector.

"Until we begin negotiations with goods and services suppliers, we are not sure where exactly that money will be saved, but we are confident we will be able to reduce the cost."

Birmingham was chosen in front of Lima in Peru and Ufa in Russia by the International World Games Association (IWGA) Executive Board.

Last week, IWGA President José Perurena praised his organisation's approach to hosting a multi-sport event and claimed it could be the way forward in the future.

Action is currently taking place at the 2017 edition of the World Games in the Polish city of Wrocław.

Perurena claimed that City of Wrocław has invested €22 million (£20 million/$25.5 million) into the hosting the event and a further €50 million (£45 million/$58 million) on infrastructure and renovating venues.

The figures given by Perurena and Mackovets offer a stark contrast to the costs of hosting an Olympic Games, for example.