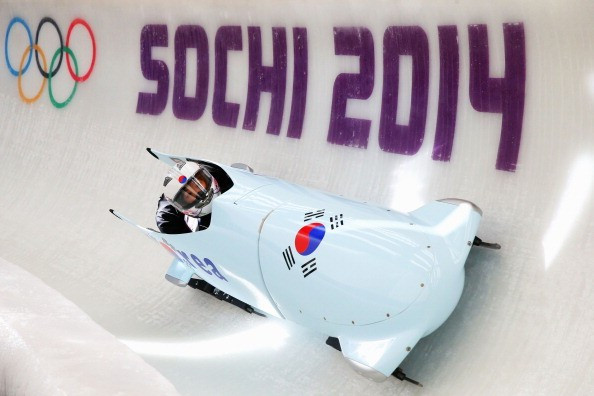 Sochi has been stripped of the International Bobsleigh and Skeleton Federation (IBSF) World Championships today, with another location "to be determined" in coming days.

In a statement today, the IBSF Executive Committee felt that "during this difficult time it is prudent not to organise such an event in Russia".

The decision was made to "allow athletes and coaches from all nations to participate in a competition that focuses on sport rather than accusations and discussions - whether justified or not".

They added that the Russian Bobsleigh Federation has put a "great effort" in the preparation of the World Championships, but that the "current climate would make it nearly impossible to appreciate the efforts of the Organising Committee to host a great event or the quality of the Sanki Sliding Center as one of the best tracks in the world".

The Russian Bobsleigh and Skeleton Federation have "accepted" the decision.

"We’re compelled to accept the IBSF decision to move the championships from Russia to a different country," they told the TASS news agency.

"Given the situation as it is, the IBSF found itself in the face of a possible split in the sport and a mass boycott of the competitions.

"Circumstances like these ones rule out good decisions and therefore our counterparts had to choose the smaller of the two evils.

"We realise that it is still possible somehow to hold competitions in a dignified manner in the current circumstances, which we did not perpetrate in any way, but it is impossible to organise a real feast of sports, and a World Championship should really be one.

"We are prepared to make this sacrifice for the sake of maintaining cooperation and unity in our sport."

The decision comes after South Korea, Germany and Austria joined Latvia and athletes in Britain and United States in calling for the event to be moved from Sochi in response to evidence of state sponsored Russian doping.

Last week's McLaren Report produced damning evidence of a doping manipulation scheme in which more than 1,000 Russian athletes are thought to have been implicated at events including the Sochi 2014 Winter Olympic Games.

American athletes and Britain's reigning Olympic skeleton champion Lizzy Yarnold were others to have called for a similar move from their countries.

Zubkov claimed two and four-man bobsleigh titles at his home Games and has since been elected head of the Russian Bobsleigh Federation.

State Duma deputy Igor Lebedev told Championat.com that "nobody dies in world sport, if Latvia does not come to the World Championships in Sochi".

"And who can follow Latvia? Lithuania? Estonia? Do not make me laugh," he added.

The World Championships were due to take place at the Sanki Sliding Centre track used for the Olympics from February 13 to 26.

South Korea, a rising power in sliding sports as well as the host of the next Winter Olympics in Pyeongchang in 2018, had threatened a boycott earlier today before the event was moved from Sochi.

"Our tentative decision is not to attend because as Russia was hosting the Championship there were several problems with fairness regarding doping," Korea Bobsleigh and Skeleton Federation secretary general Sung Youn-teak told Reuters.

"Also, other countries are saying that they won't attend.

"Especially for skeleton, Latvia and some other countries are our competitors but they have said they will not attend.

"So we think that there is no significant meaning for us to win medals without our competitors present.

"Our goal is the Pyeongchang Olympics in 2018 so we don't see participating this time as crucial considering the circumstances."

Yun Sung-bin finished second in between Martins Dukurs and his brother Tomas in the skeleton World Cup series last year.

Germany, winners of four gold medals at this year's IBSF World Championships after drawing a shock bobsleigh medals blank at Sochi 2014, had said they would be prepared to step-in as hosts if the Championships is moved.

It is likely all this pressure prompted the IBSF decision.