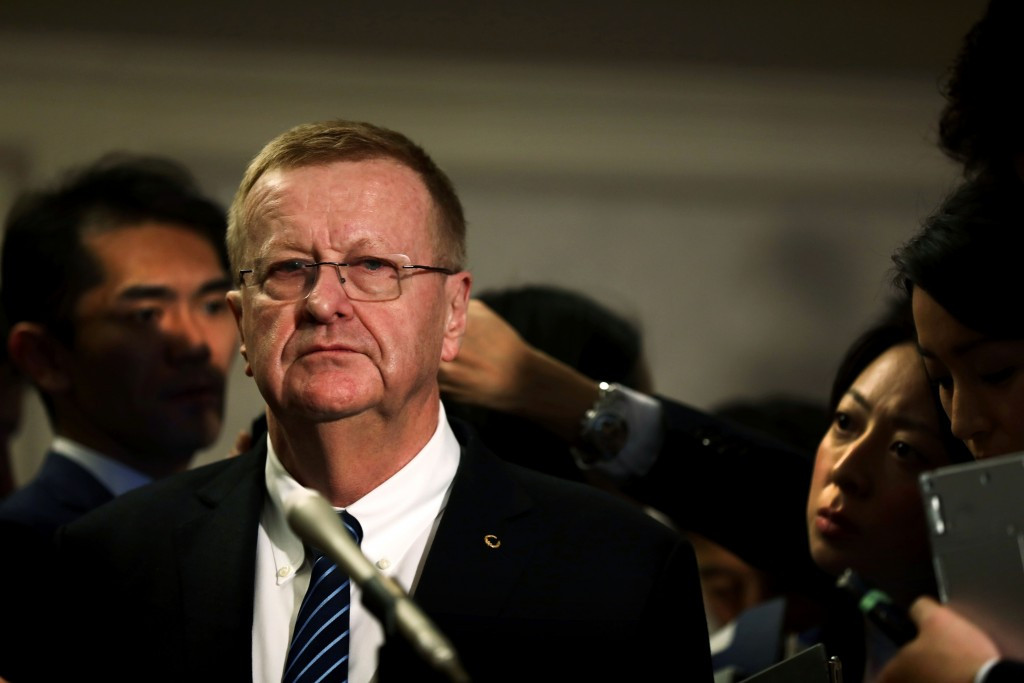 IOC vice-president and Tokyo 2020 Coordination Commission head John Coates also warned that they must produce the first version of their budget "very soon".

This came during a meeting of representatives from Tokyo 2020, the IOC and both the Tokyo Metropolitan and Japanese Central Governments at which venues for rowing, canoe sprint and swimming were finalised.

It marked an important step in a review process initiated in late September when a Metropolitan Government Task Force warned that drastic changes must be taken to avoid the budget ballooning to ¥3 trillion (£22 billion/$30 billion/€26 billion).

Tokyo 2020 President Yoshirō Mori cited ¥2 trillion (£14.2 billion/$18.8 billion/€16.8 billion) as their maximum budget cap today, although the figure given during the meeting and afterwards by Coates was the slightly higher $20 billion one.

This was not necessarily their target budget, he said, and they are aiming to reach a lower figure.

But the IOC expressed clear alarm about the numbers cited, particularly due to how it was given publicly in a meeting attended by the media.

"We believe the figure can be much lower than that," Coates said.

"We want to make that abundantly clear.

"It is unfair on the IOC to give a misconception in this area."

The Australian added afterwards: "The IOC has not agreed to that amount of money - we believe the Games can be delivered for significantly less than that."

He also claimed that they need to split their budget into separate operational, infrastructural and venue costs.

"We need version one [of the budget] very soon," he urged.

Tokyo Governor Yuriko Koike also expressed scepticism with the figure raised by Mori today, speculating how their true numbers have often been different to budgeted ones.

She claimed that the "oscillation" between different figures given had been "so large", adding: "We must have due diligence and exactly calculate the numbers."

This provoked a hostile reaction from Mori and, in one of multiple exchanges between the two during the meeting, the former Prime Minister said that the Metropolitan Government should take responsibility for reducing costs of venues themselves.

"You are the organisation responsible for building venues," he said.

"If you think it is too expensive, you can reduce it."

Rowing and canoe sprint will remain at the initially proposed Sea Forest course on Tokyo Bay while swimming will also stay at the Olympic Aquatics Stadium - but with a reduced capacity of 15,000 spectators.

A decision over the volleyball venue has been postponed until Christmas.