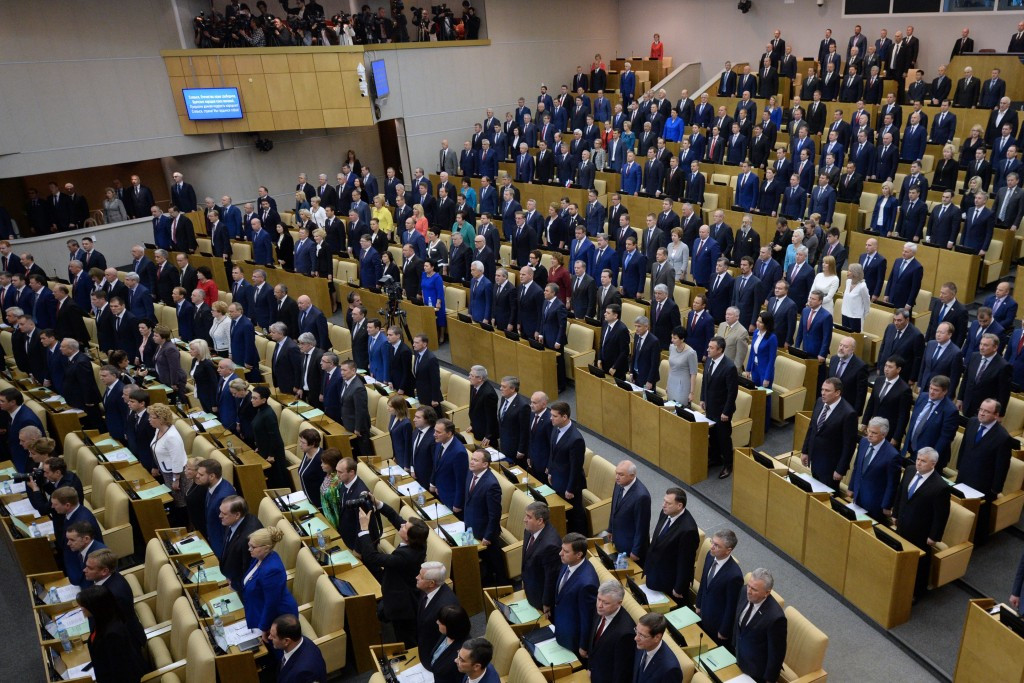 An anti-doping bill which introduces sanctions including prison terms for coaches found guilty of coercing athletes into taking performance enhancing drugs has been passed by the Russian Duma today.

This has been hailed by officials in the country as a key step in showing their improved attitude following allegations of state-sponsored doping last year.

According to the TASS news agency, coaches, doctors or other sports and physical culture specialists found responsible for athletes taking outlawed substances, regardless of their consent, could face a fine of one million roubles (£12,600/$15,200/€14,700).

A two year "restriction of freedom" or a one-year prison sentence could also be issued.

They also face "professional disqualification" for a period of up to four years.

The bill, authored by United Russia and Liberal Democratic Party of Russia legislators, has reportedly been "eased somewhat" after Government-proposed amendments, however.

Others have dismissed it as more of a rhetorical than genuine attempt to improve their procedures following the scheduled release of the second part of the McLaren Report into alleged state-sponsored doping in mid-December.

Russia, currently still suspended by the International Association of Athletics Federations and the International Paralympic Committee, are accused of illegally swapping tainted urine samples for fake ones at events including their home Sochi 2014 Winter Olympics.

It is alleged that more than 15 medal winners are implicated, including Russian Bobsleigh and Skeleton Federation head Alexander Zubkov.

"The Government needs, within the shortest time possible, to approve and make public the list of banned preparations because this law stipulates a very serious degree of criminal liability, imprisonment and removal form profession," the International Olympic Committee member told the Duma.

"That is why, it is necessary to make things clear as quickly as possible."

He added afterwards: "This emphasises once again that our state policy is zero-tolerance attitude towards doping, first and foremost, towards the coaches who coerce juvenile athletes into using illicit drugs.

"This is, of course, the answer to our foreign critics who accused our country of some alleged state programme to support doping abuse.

"Certainly, such a programme never existed.

"On the other hand, the use of doping in various sports, including in Russia, in such sports as weightlifting and track and field athletics, has become more frequent recently.

"We see a large number of doping cases."

Zhukov claimed the bill also delivers a "clear signal" to those in Russia who argue it is impossible to achieve success in high-performance sports without doping.

"This is, certainly, not the case," he claimed.

"All of our great sports history, both Soviet and Russian, proves that our clean athletes have always achieved success in major competitions, including the Olympic Games."