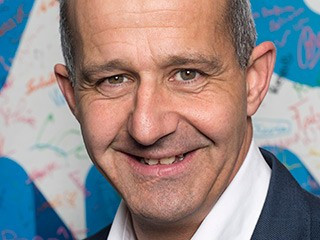 Lausanne 2020 chief executive Ian Logan has claimed they will make use of local schools to ensure a "very good" cultural programme takes place during the next edition of the Winter Youth Olympic Games.

The cultural programme at Lillehammer 2016 was widely praised, with thousands attending daily concerts and events in Sjogg Park throughout the duration of this year’s event.

Among the features was an outdoor cinema, an ice slide and Norway’s first ever igloo disco.

Logan, who took part in the two-day Lillehammer 2016 debrief here in Lausanne, reaffirmed the Olympic Capital’s ambition to continue to incorporate culture and education into the Youth Olympic Games.

"We will renew this, compete, learn and share," he told insidethegames.

"We will really go on this, the culture and education.

"In Lausanne we are so fortunate to have so many schools, music schools, opera or comedian schools.

"We will use all of those, we will work with museums as well and will have a very good youth programme for culture.

"In Lausanne, a big specialty we have here is the ski area and different sites are that it is not only a ski slope or sports resorts.

"When you go to Les Diablerets it is not just a ski slope, it is a town, there is life there.

"We will activate the towns for the whole Games, not only during the events."

Doubts had previously existed over the future of the Youth Olympic Games, with concerns raised over the cost and benefits associated with the event.

A Tripartite Working Group, led by International Olympic Committee (IOC) Executive Board member Uğur Erdener, made five recommendations which were adopted at the IOC Session in Rio de Janeiro during August.

While one of the recommendations was to place a stronger focus on high-level competition, it was also determined to be key to continue to retain the "learning and sharing" elements of the Games.

Slovakia’s Danka Bartekova, who will lead the Lausanne 2020 Coordination Commission, highlighted how the cultural elements were also key to drawing more attention to the Games from across the country.

"It is very important to realise that the Youth Olympic Games is not only about sport, but is a concept of connecting sport, culture and education," she told insidethegames.

"This is very important.

"I am sure Lausanne realises that and will have a Games which will really leave a great legacy in these three areas.

"All of the parts of the Games should be on the same level and these are the means to attract the attention of the local, regional and national youth.

Bartekova’s view was reiterated by Tomas Holmestad, who was the chief executive of Lillehammer 2016 and will join the Slovakian shooter on the Coordination Commission.

He believes the cultural and education aspects of the Youth Olympics are vital and should be blended together with sport, rather than be additions on top of the competitive elements of the Games.

"That was very important for us, everybody is saying it and in a way it is correct that sport is the most important part of the Youth Olympic Games," he told insidethegames.

"I tend to disagree with that sentence, for the YOG DNA means that sport, culture and education should be equally important and we stressed that very much in Lillehammer.

"That is why we had this young culture festival and it was the biggest free cultural festival in Norway for youths.

"We put a lot of effort into the education programme and it has been said in this debrief that it really brought it to another level to the other Youth Olympic Games.

"I think it is very important Lausanne continues down that track, as if it is just a sport event then for me there is not a reason to do it.

"This must be more than just a sport event, it needs to have sport, culture and education."