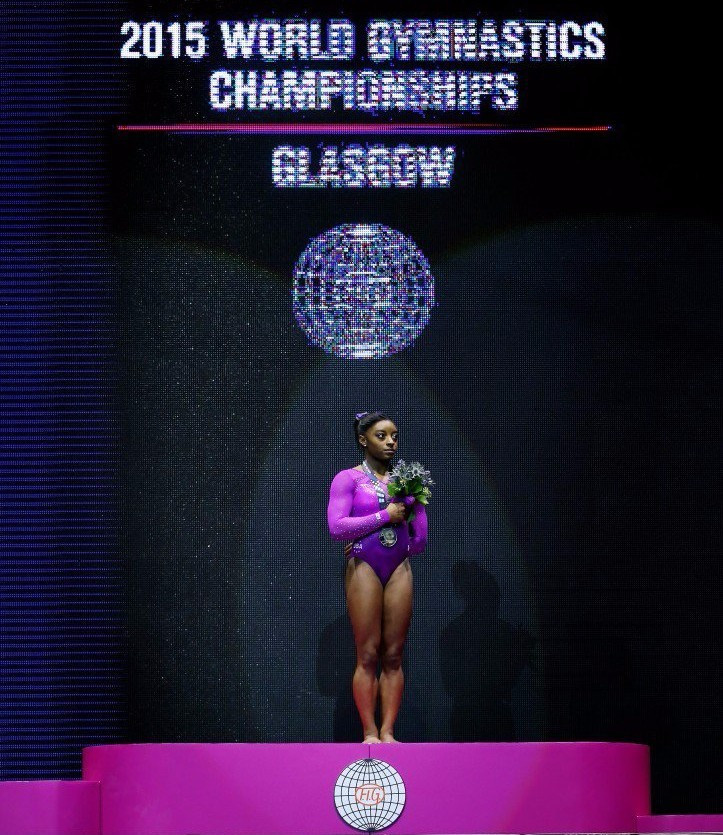 The 2015 World Gymnastics Championships have caused a dramatic increase in the sport’s participation levels in host city Glasgow, it has been claimed.

Glasgow Life, which aims to inspire the city’s citizens and visitors to lead richer and more active lives through culture and sport, states that attendances for its gymnastics pathway programmes have risen from 75,251 in 2014-15 to 86,206 in 2015-16 - a 15 per cent increase.

The combined increase across all programmes is 17 per cent.

The 2015 World Gymnastics Championships, which was named Sporting Event of the Year at The Sunday Mail and sportscotland Scottish Sports Awards, was one of the largest single-sport events ever to be hosted in the United Kingdom with a record 594 gymnasts from 87 nations taking part.

Attendances of close to 80,000 watched the action at Glasgow’s SSE Hydro Arena across 10 days of competition from October 23 to November 1,

A worldwide television audience of 650 million watched the event, which was credited with setting a new benchmark for gymnastics by International Gymnastics Federation (FIG) President, Bruno Grandi.

The Italian said it was "even better than the Olympic Games", while British Gymnastics’ chief executive, Jane Allen, added that the event had "taken gymnastics into a new era".

"The 2015 World Gymnastics Championships was an incredible celebration of world-class sporting competition, bringing the world’s greatest gymnasts to our city less than a year from the Rio 2016 Olympic Games," said Glasgow 2015 Championships director, Colin Hartley.

"But our World Championships was about much more than just elite sport, we wanted to use them to inspire the next generation of young athletes and deliver a lasting legacy in terms of increased participation.

"We know from experience in Glasgow that sport changes lives.

"That is why it is so pleasing to see attendances at the city’s gymnastics programmes increase in such large numbers.

"That is legacy in action."

As well as the competition, the World Gymnastics Championships included significant development opportunities aimed at inspiring the next generation of young gymnasts.

A total of 678 young people from the city’s primary, secondary and Additional Support for Learning schools took part in the Glasgow Schools Gymfest which was watched by 1,500 parents and carers.

A resource pack was also produced for primary and secondary school pupils and was downloaded 4,926 times across 41 countries.

Furthermore, around 500 children from Glasgow’s gymnastics clubs attended qualifying sessions as part of a legacy initiative.

"We’re absolutely delighted that these figures show a significant increase in participation within gymnastics clubs and development programmes, which once again proves the powerful and highly positive impact of major sporting events," said Paul Bush, director of events at VisitScotland.

"In addition to their crucial economic impacts, big events like the 2015 FIG World Gymnastics Championships, and the athletes that compete in them, provide inspiration to citizens and encourage them to lead more active lifestyles.

"Through the provision of school resources and outreach activity among clubs, a very positive spotlight was shone on the event and the sport, and the result is that we now have many more young people enjoying gymnastics across the city.

"Hopefully we continue to see this trend in the coming years, as the legacy of the best-ever World Gymnastics Championships continues to leave its mark on the city."

News of the increase comes just two weeks after Glasgow was ranked the world’s fifth top sporting city at the 2016 SportBusiness Ultimate Sports Cities Awards - the internationally-recognised and longest-established rankings of the world’s top sports hosts.

Glasgow was also named the number one city in the world in the legacy category in reflection of its long-standing commitment to increasing participation and creating new sporting opportunities for citizens.

The announcement was made at last month’s SportAccord Convention in Lausanne.