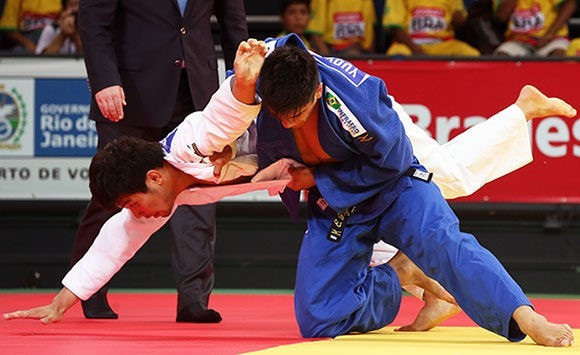 An "amazing atmosphere" in the Carioca Arena 1 was singled out for praised by International Judo Federation (IJF) officials following the completion of the Rio 2016 test event today.

The atmosphere was boosted by Brazil ending Japan's stranglehold on the two-day competition when Eduardo Santos overcame Toshimasa Ogata in the final of the under 81 kilograms to clinch the gold medal.

The Beijing 2008 Olympians rolled back the years to recapture the form he showed when winning the bronze medal at the the 2010 South American Games in Medellín.

There was more Japanese success in the women's under 63kg division when 2011 world cadet champion Kaho Yonezawa overcame Britain's Bekky Livesey in the final.

"We can say that we have tested everything, even the public, which was really amazing.

"We have a nice venue and the domestic staff is simply really good."

“It was a really good test event, where the main aspect was the great collaboration between our teams and the amazing atmosphere that prevailed throughout the competition," added Larisa Kiss, director of the IJF Presidential office.

"We are pleased with the progress of the organisation as far as our sport is concerned and we are confident the judo event will be successful in the Olympic Games.“