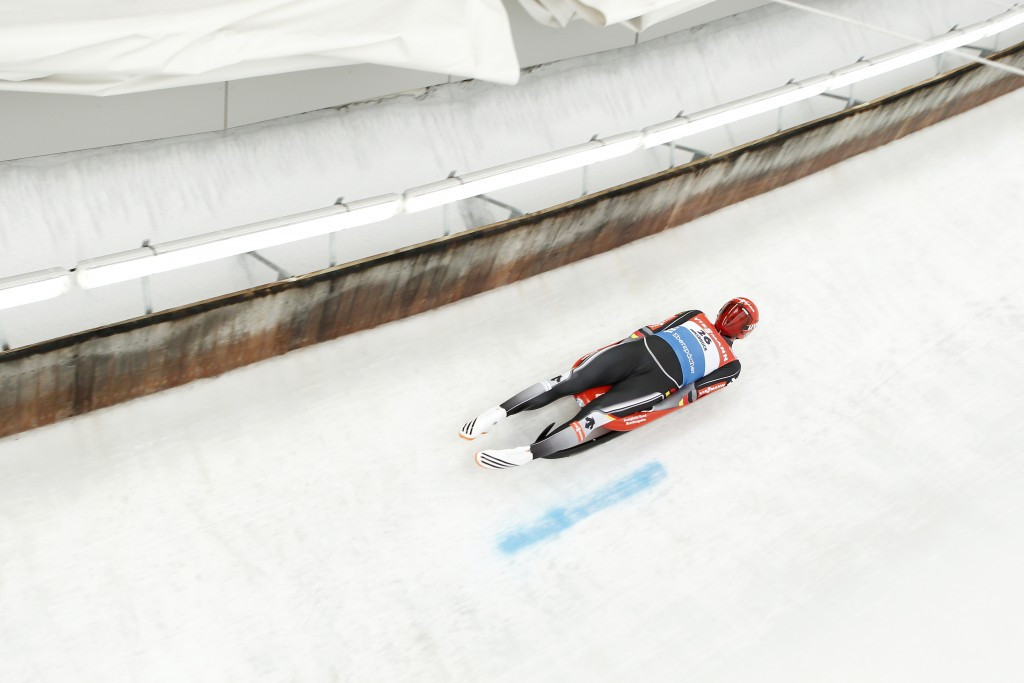 Germany claimed all six medals available as the Luge World Cup continued on their home track in Oberhof today.

Triple Olympic champion Felix Loch led the way in the men's competition, coming home ahead of compatriots Andi Langenhan and Ralf Palik who were second and third respectively.

Loch's victory was his fourth World Cup success in a row and the winner of the previous four overall titles has taken over at the top of the standings following a tricky start to the season.

He now has 590 points and is 24 points clear of Austria's Wolfagang Kindl, who was fifth in Oberhof as the Germans made full use of familiar surroundings.

Palik, meanwhile, was 0.479 behind the winning time of Loch, who has recovered well this term after disqualification at the first World Cup race in Igls due to an overweight sled.

His first run of 43.029 today was the fastest every recorded at Oberhof.

"This was a perfect day with a track record and leadership in the overall World Cup standings," said Loch, after the 26-year-old won for a sixth time on the course.

"Lots of people are saying I’m top favourite for the World Championships, and not only since this victory.”

Hüfner became the sixth winner of a women's World Cup event this season, with only eight races held so far.

After a silver medal last time out in Sigulda, Latvia, she made the step up to the top of the podium with a time of 1:23.006.

Geisenberger, the winner earlier in the season in Calgary, was 0.042 behind with Igls champion Eitberger 0.133 off the pace.

The result has produced a change at the top of the overall standings with Geisenberger replacing American Summer Britcher, the winner of three World Cup races this season.

The German has 580 points with Britcher now only on 571 after a disappointing eighth in Oberhof.

Erin Hamlin, another American who won this season in Lake Placid, is third on a tally of 536.

The action continues tomorrow with sprint races and the doubles competition.