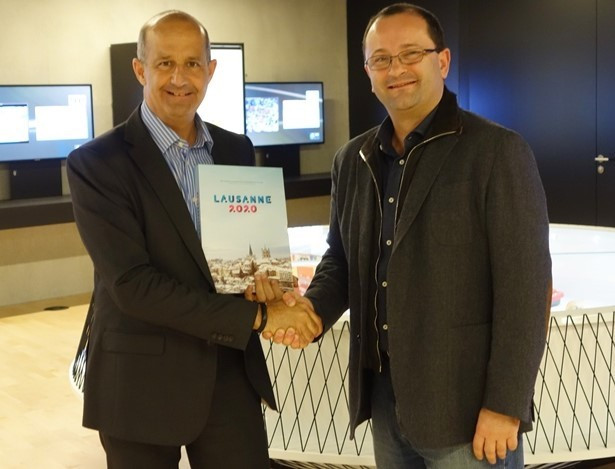 Lausanne 2020 have appointed Ian Logan as its director general for the Winter Youth Olympic Games, they announced here today.

Logan is a former F-18 fighter pilot with 3,000 hours flying experience and is currently head of the regulatory body of the Swiss military air force.

He was selected from a field of 56 candidates following a two-month selection process overseen by Lausanne 2020 President Patrick Baumann, a member of the International Olympic Committee (IOC).

Logan, who holds the rank of colonel, is fluent in English, French and German.

His announcement coincided with Lausanne 2020 giving their first report to the IOC Executive Board, which is currently meeting here.

Logan will have strategic responsibility for the preparation of the Games, which are due to be held in January 2020.

Besides his work with the air force, Logan has extensive experience in the management of major events in Switzerland.

These include organising the AIR 04 and AIR 14 Swiss National Air Shows.

After last year's Air14 Airshow in Payerne, which attracted 400,000 spectators, the World Air Sports Federation presented Logan with its Diplôme d’Honneur for his "outstanding work" on the event.

He also is currently a consultant for various other events, including the 2019 Fête des Vignerons, which celebrates Swiss winemaking and is the country's largest gathering, taking place every 20 years.

Lausanne were awarded the 2020 Winter Youth Olympic Games by the International Olympic Committee at its Session in Kuala Lumpur.

They beat Romanian city Brașov, their only rival, by 71 votes to 10.

The event is expected to feature 1,100 athletes competing in 70 medal events.

"It is a great honor for me to contibute to the organisation of an Olympic Games whose heart will beat in the very same place chosen by Baron Pierre de Coubertin to establish the Modern Olympic Movement 100 years ago," said Logan.

"We want to build on this unique Olympic heritage to create a Games that looks towards the future, for the youth of Switzerland and the youth of the world.

"We want to work, not only with Swiss sport, but also with the international sport world that is based here, and we want to do it in close collaboration with the local economy, our schools, the University and the high level institutes that call Lausanne home.

"It is a wonderful project, and I look forward to continuing to build on the great foundations that were laid during the project’s very successful bid. "

Logan also has an MBA in international affairs from the University of Geneva.

His first major milestone in his new role will be to present a masterplan to the IOC in October 2016.