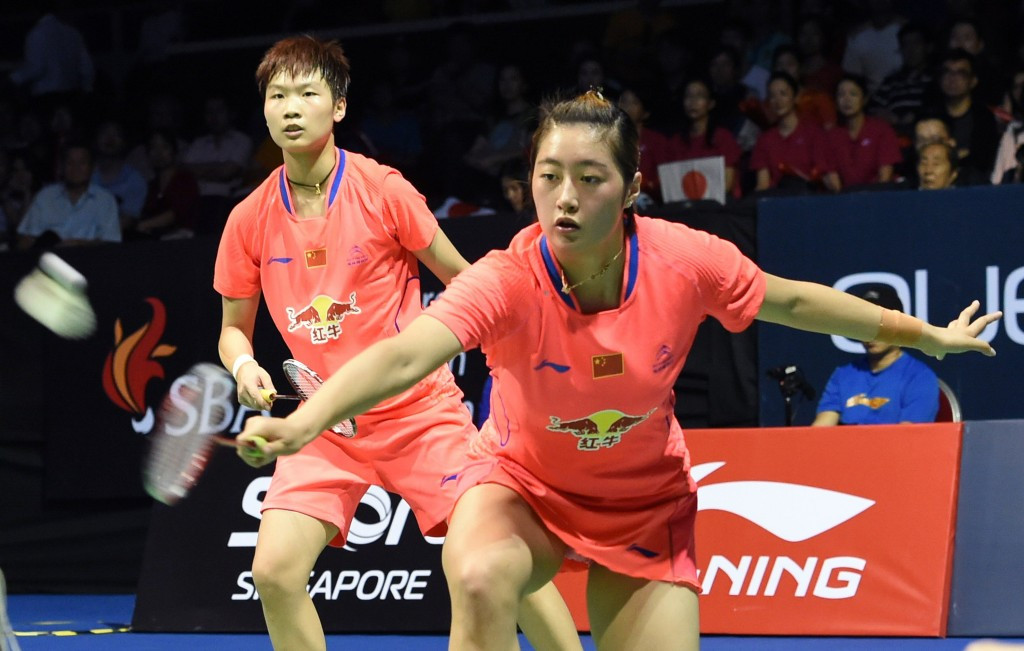 Chinese badminton player Yu Xiaohan has been stripped of two silver medals won at the Gwangju 2015 Summer Universiade after failing an in-competition test for banned diuretic furosemide, it has been reported.

Yu won silver medals in the women's doubles and mixed team events at the Games in the South Korean city in July before failing a test for the masking agent.

She has already handed back both of the medals, and is currently awaiting further punishment by the Badminton World Federation (BWF), although it appears her team-mates have kept their medals.

The 21-year-old had been enjoying a breakthrough season, reaching the semi-finals of March's Malaysian Open with partner Ou Dongni before a surprise victory at the following month's Singapore Open.

The duo are ranked 31st in the world, although Yu has not played since being first notified of her failure in September.

"A woman shuttler named Yu Xiaohan has been tested positive in the routine doping check during the Gwangju Universiade," a spokesperson from the Federation of University Sports of China (FUSC) confirmed to Xinhua.

"Three days before our departure for Gwangju, FUSC had carried out a complete doping test for all the athletes, and Yu's check result came out quite all right."

A "comprehensive" investigation is currently being carried out by the BWF, with the Chinese Badminton Association also likely to impose a punishment.

It also shines further light on doping within China, a country which has been cited as one with problems following the World Anti-Doping Agency Independent Commission verdict of "systemic" doping within the Russian athletics team last week.

China has been implicated in various scandals in the past, including at the Hiroshima 1994 Asian Games when 11 members of its swimming and cycling teams, winners of a total of 15 titles between them, were disqualified after failing tests for dihydrotestosterone, an anabolic steroid.

Suspicions were also raised this month as to why 17-year-old swimmer Qing Wenyi died suddenly after awaking screaming in the middle of the night, just weeks after winning two national titles at the China Youth Games.

No autopsy was carried out and the teenager was cremated 48 hours after her death.

insidethegames has contacted the BWF for further information on a likely ban for Yu Xiaohan.