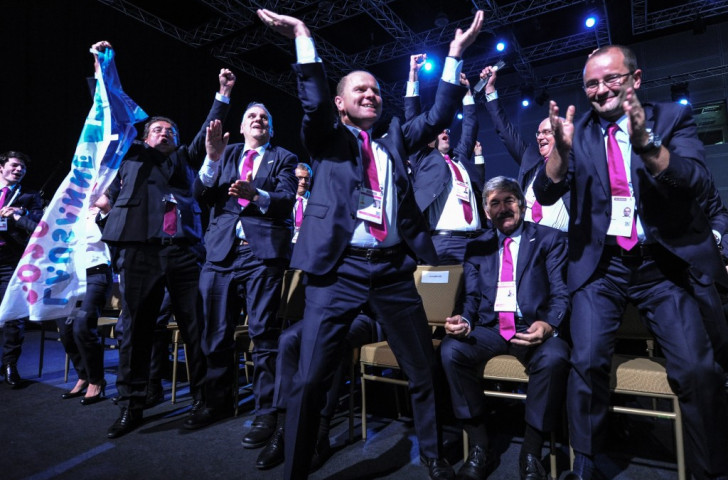 Lausanne will host the 2020 Winter Youth Olympic Games after overcoming Romanian rival Brașov in a two-horse race, it has been announced today.

The Swiss city, home to the IOC headquarters since 1915 and considered the "Olympic Capital", duly becomes the third host of the event following an inaugural event in Innsbruck in 2012 and next year's edition scheduled for Lillehammer in Norway.

Lausanne, which was praised in particular for its good use of existing, temporary and demountable venues, was the heavy favourite leading into the contest following a lacklustre performance by its Romanian rival.

It was helped by a strong and emotive presentation showcasing the sporting credentials of Switzerland and utilising home-grown sporting stars including tennis players Roger Federer and Stanislas Wawrinka.

“What a beautiful gift to celebrate the 100 years of Olympism in Lausanne!" said the city's Mayor Daniel Brélaz afterwards.

"Lausanne, Olympic city, a sport city, a young city: it is a perfect mix, and I am extremely proud that the IOC recognised it."

A review of sports, disciplines and events will take place after the February's Games in the Norwegian resort, with the overall list of events to be completed approximately three years beforehand.

“Sixty-seven years after the Winter Games in St. Moritz, it is a great honour to have contributed in bringing the Games back to Switzerland," added bid leader and International Olympic Committee member Patrick Baumann.

"This project has enormous potential for a country that has snow sports in its DNA.

"I am convinced that this is the start of a great journey.”