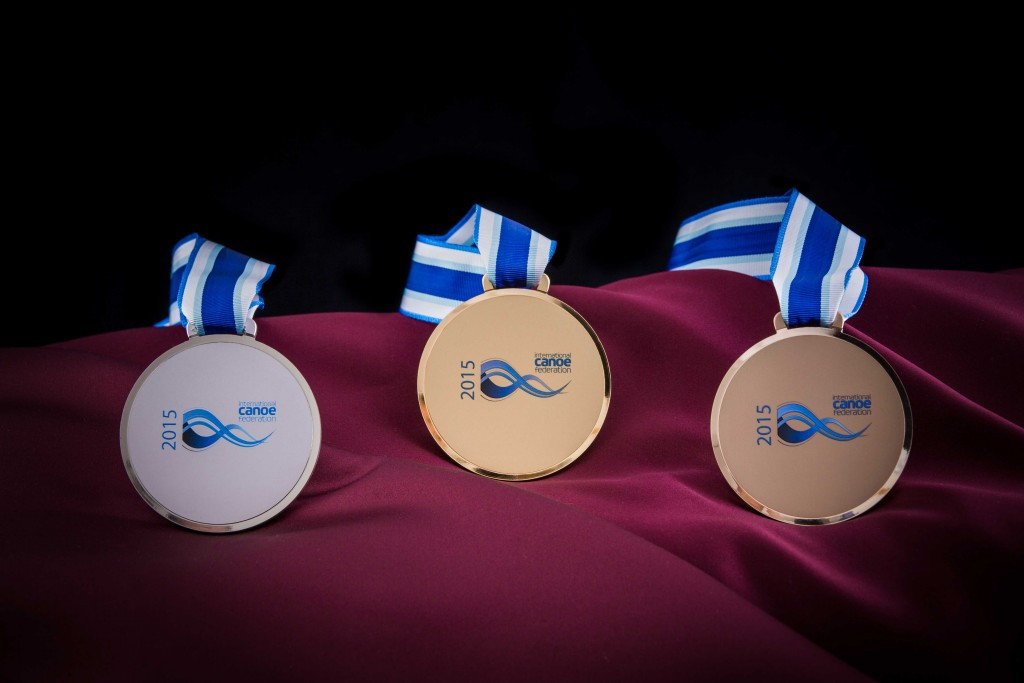 Medals for the 2015 International Canoe Federation (ICF) Canoe Slalom World Championships have been unveiled with 50 days to go until the start of the event at the Lee Valley White Water Centre in Waltham Cross, England.

A total of 300 athletes representing 55 countries are due to compete for gold medals across five disciplines at the London 2012 venue from September 16 to 20.

The Championships form part of UK Sport's National Lottery funded major events programme to support athletes with their preparation and qualification for Rio 2016.

They come hot on the heels of last year's opening ICF Canoe Slalom World Cup, also held at the Lee Valley White Water Centre, where the British team scooped an impressive medal haul of seven golds and one silver having won one gold and one silver in canoe slalom at London 2012.

“It’s a real honour to once again be welcoming the world’s best paddlers to Lee Valley and these beautiful medals will be a fitting reward for the skill, dedication and hard work of those crowned world champion at the event,” said British Canoeing President Albert Woods.

“Following the fantastic success of British athletes at the 2012 Olympic Games and last year’s World Cup, we’re hoping home advantage will once again play a part in determining the outcome of races and the overall medal tally."

Britain last held the Championships in 1995 at the National Water Sports Centre in Nottingham.

“We’re delighted to be hosting the ICF Canoe Slalom World Championships 2015 and, after a 20-year absence, it’s a great honour to be welcoming the event back to the UK,” added Woods.

“With just 50 days to go until the start of the competition, there is a real sense of excitement building and we’re confident we can put on a show to rival the Olympic canoe slalom events that were hosted at the same venue in 2012.”

An exhibition on the sport’s founder, John McGregor, will feature at the event, while paddlers of all ages and standards will have the opportunity to try their hand at canoeing.