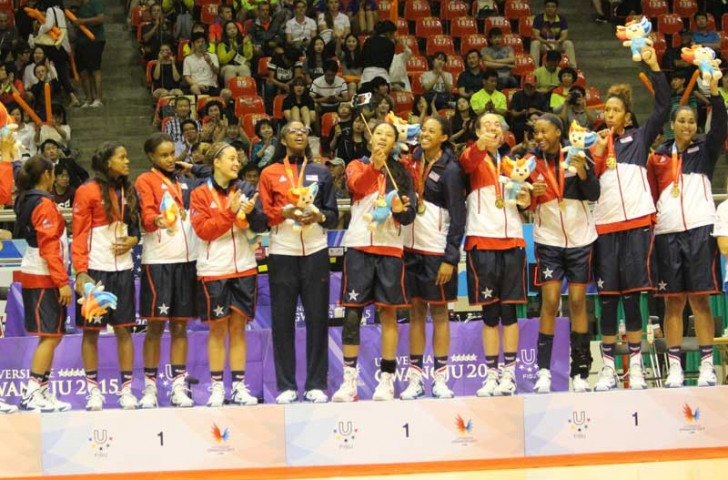 United States' capped the final full day of action at the Gwangju 2015 Summer Universiade with a magnificent fightback to beat Germany in the men's basketball final after their female counterparts had earlier overcome Canada.

With the US trailing with 21.7 seconds of regulation time remaining, Frank Mason converted two free-throws to level proceedings at 66-66, before recording a steal on the next possession to deny their European opponents.

Germany battled back into a two point lead once again in the final seconds of the first overtime period, only for Mason to athletically find another basket to ensure a second extra period.

Wayne Selden then drilled a brilliant three-pointer, before Nic Moore picked up a crucial steal as the team turned a 77-75 deficit into an 82-77 lead with a decisive seven-point run.

“We just had to stick with it.”

The US women were more comfortable but just as impressive in a 82-63 victory over Canada to claim the women's title.

Aerial Powers scored 27 points as the team broke clear against tiring opponents in the final quarter to claim a sixth consecutive victory in the event.

The relative lack of Russian rhythmic domination was a surprise, as was the lack of a Chinese finalist in table tennis, with Masataka Morizono beating Yuya Oshima in an all-Japanese final.

There were no surprises in the women's final however as Che Xiaoxi secured a victory for China.

Russia and China finished tied on 34 gold medals, with the Russians ahead and in second place overall by virtue of having won more golds.

But there was no stopping the dominant hosts, with South Korea claiming 47 golds in a 108 medal haul.

As well as the Closing Ceremony, final matches in men's water polo will also take place tomorrow, including a gold medal match pitting Italy against Hungary.