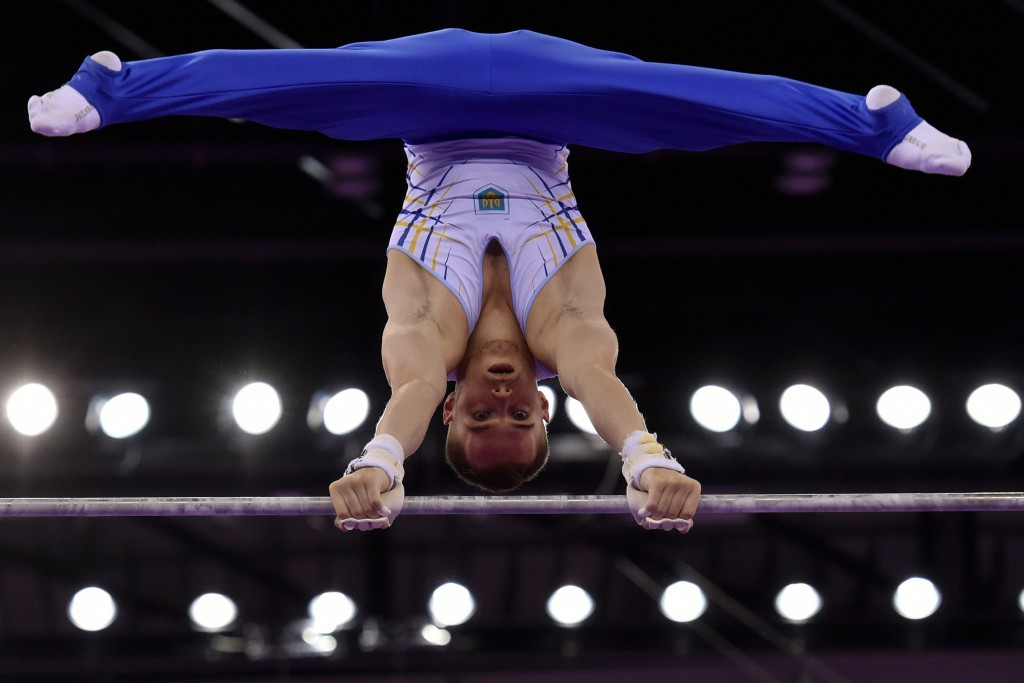 Ukraine's double European Games gymnastics champion Oleg Verniaiev was  back among the medals on the third day of the Gwangju 2015 Summer Universiade, triumphing in the men's individual all-round competition in the South Korean city.

Having won all-round and vault gold just two weeks ago in Baku, Verniaiev began as favourite to claim the Summer Universiade title and he lived up to his billing with a superb display.

The 21-year-old was a consistent performer on all six apparatus at the Kwangju Women’s University Universiade Gymnasium, his best performance coming in the parallel bars, the event in which he won the world title in 2014, as he posted a score of 15.900 points.

It helped Verniaiev pull away from his nearest rivals to take gold with a total of 92.075, while Shogo Nonomura of Japan claimed silver on 89.275 and America's Akash Modi taking bronze with 88.300.

The women's all-round gold was won by Britain's Kelly Simm after she received a points total of 56.332 from the four discipline competition, with Japan's Asuka Teramoto and Natsumi Sasada completing the podium places after earning 55.965 and 55.432 points respectively.

Their men's lightweight coxless fours finished in 6:00.07 to top the podium ahead of Germany.

Hosts South Korea enjoyed a superb day in the shooting as they secured four golds in shooting, including a victory for Ji Hye Kim in the women's 25 metre pistol event at the Naju Jeollanamdo Shooting Range.

Kim qualified second for the final behind Qing Yuan Zhou, but was able to get the better of her Chinese opponent when it mattered to take gold with a 7-5 win.

Munhyeon Cho and Jiyoung Han then joined Kim to win the women's 25m pistol team event, while Daehun Park was also a double gold medallist as he claimed the men's individual 50m pistol crown, before winning the team title with Halim Jang and Taehwan Lee.

There was also success for Italy, Thailand and Turkey at the range as each country was able to add another gold medal to their medal haul.

The United States swimming success continued in the Nambu University International Aquatics Center as Ryan Malone held off the challenge of his team-mate Clay Youngquist to win the men's 200m in 1:47.15.

Shannon Vreeland also led home an American one-two in the women's 100m freestyle as she posted a winning time of 54.39 ahead of Abbigail Weitzeil.